The Logitech Craft keyboard comes with a built-in "mini Surface Dial" - OnMSFT.com Skip to content
We're hedging our bets! You can now follow OnMSFT.com on Mastadon or Tumblr! 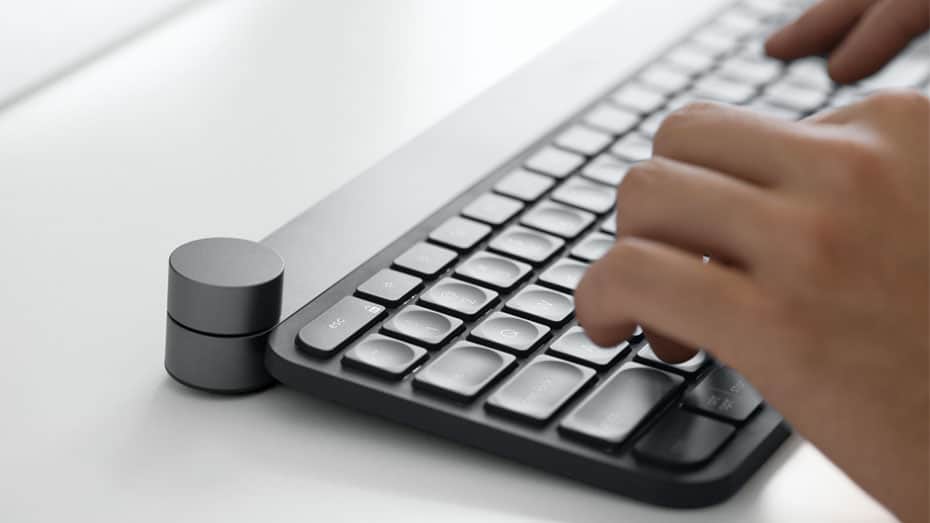 Logitech, a well-known brand of PC accessories, introduced a pretty innovative keyboard this week, which features a computer wheel that looks like a smaller version of Microsoft's Surface Dial (via CNET). Just like Microsoft's accessory for Surface Studio or Surface Pro users, the input dial on Logitech's wireless Craft keyboard can adapt to the app you're using, making it a pretty versatile tool for creatives.

After installing the Logitech Options app for Windows 7 and above and macOS 10.11 and above, users can set up profiles for their favourite creativity apps such as Microsoft Office, Adobe Photoshop CC, Adobe Illustrator CC, and Adobe Premiere Pro CC 2017. Once it's done, they can then use the input dial to enlarge text in Powerpoint, create charts in Excel, adjust brightness in Photoshop CC and much more.

In addition to the input dial experience, the Logitech Craft keyboard also features backlit keys that can automatically adjust brightness depending on lighting conditions, and it also comes with a rechargeable battery using a USB-Type C port. If you're interested, the wireless keyboard can now be pre-ordered on Logitech's website, with a premium $199.99 pricing. They're obviously still room for innovation in the PC accessories market, and we hope other manufacturers including Microsoft will take note.

Microsoft, Satya Nadella lash out at Trump administration for reported end to DACA