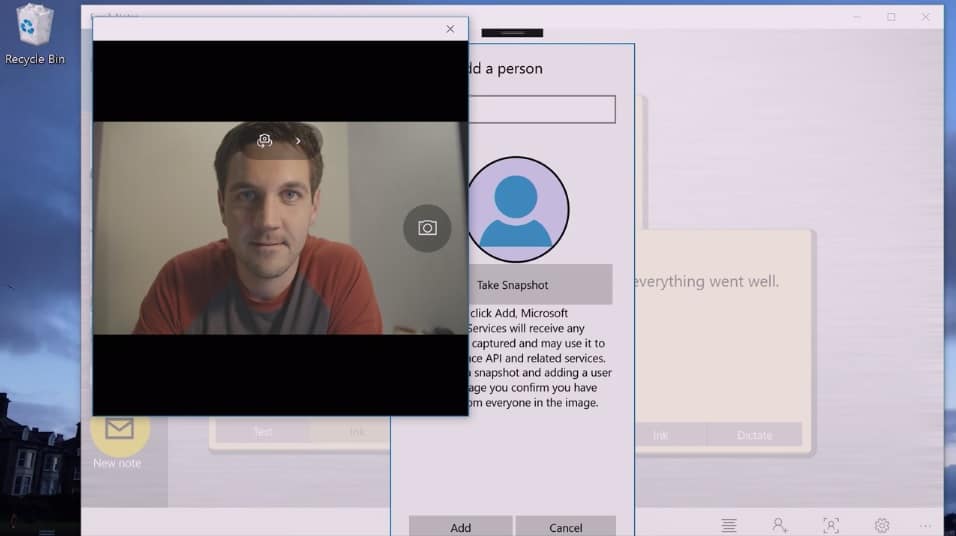 The Windows team has been working on a slew of new features for its upcoming Windows 10 Anniversary Update release, many of which were shown off during Microsoft’s developer conference earlier this year. During Build 2016, several keynote speakers took the stage to show off how the Windows team has improved a multitude of Windows 10 code and features, perhaps most notably the operating system’s varied input recognition.

In a demo that drew a modest amount of ooh’s and ahh’s Windows team members showcased new and improved inking, Windows 10 Hello authentication and voice initiated Cortana commands. On the cusp of the updated operating system release, the Windows team has created an app that combines specific Windows 10 UWP development with all of the soon-to-be-highlighted features of Windows 10 Anniversary Update, including ink, speech and face recognition.

Meet FamilyNotes, a OneNote equivalent hopped up recognition steroids. FamilyNotes is a “notice board app designed to demonstrate modern features in a real world scenario, with support for ink, speech and some rather impressive behind-the-scene “smarts” using Microsoft Cognitive Services,” according to the Windows Apps team.

Due to its dense functional nature, the Windows Apps team has chosen to break up the details and walkthrough of the app into three ongoing post on its blog page. In the first and only post up to date, the team covers the apps features and development story, how it leverages face detection and recognition and finally discusses the use of Ink and speech within the app.

Some specific features include:

Unfortunately, the app isn’t a simple Windows Store grab at the moment. Interested parties will need to do some GitHub searching and eventual unzipping with Visual Studio 2015 usage and subscription keys for Microsoft’s Face API to get the app working on their devices. From the description, this pretty powerful note app appears to be developer focused at the moment. 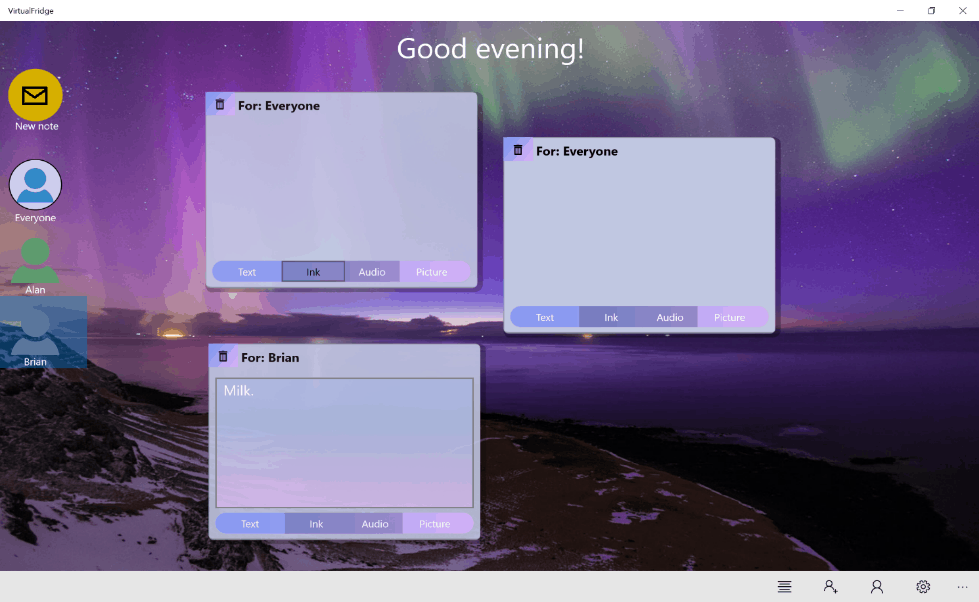 The app currently, doesn’t seem to be the pinnacle of design but does seem rather functional incorporating ink, video, and Cortana commands. Visit the GitHub repository to grab a copy of FamilyNotes today.