A new character called Kilgore has just launched for the Xbox One and Windows 10 fighting game, Killer Instinct, and fans aren’t too happy. The reason for the outrage has to do with the character’s price ($10 is admittedly expensive for a single character) and the fact that the game has increasingly demanded more money from players in recent months to obtain all of the in-game content.

The first three batches of characters with all of their costumes cost around $39.99 each while the additional Shadow Jago character had to be bought for $10 as well. A recent update which brought the new Shadow Lords roleplaying game mode to the game also introduced a plethora of new digital items and skins that need to be bought with KI Gold which, you guessed it, has to be bought with real money as well.

Even with all of those characters and skins purchased, it’s still impossible to obtain all of the in-game content as a variety of character skins can only be unlocked by the buying of collectible models and the new Killer Instinct Definitive Edition version of the game. Completing the game has now become an almost impossible task for most fans and this new character, which many consider overpriced, seems to have been the last straw.

“I'm sorry but after spending roughly $80 on the game there is no way in hell I'm paying $10 for a single character. I adore KI but this is ridiculous,” said one fan on the official Killer Instinct Xbox Games Hub. “Why even have a version of the game called The Definitive Edition, when it isn’t?” said another referring to the recently released version which was advertised as having all of the content.

Another Killer Instinct fan echoed that statement in his post saying, “They release a new fighter AFTER bringing out the so called definitive edition. Am I the only one who sees something wrong here????” 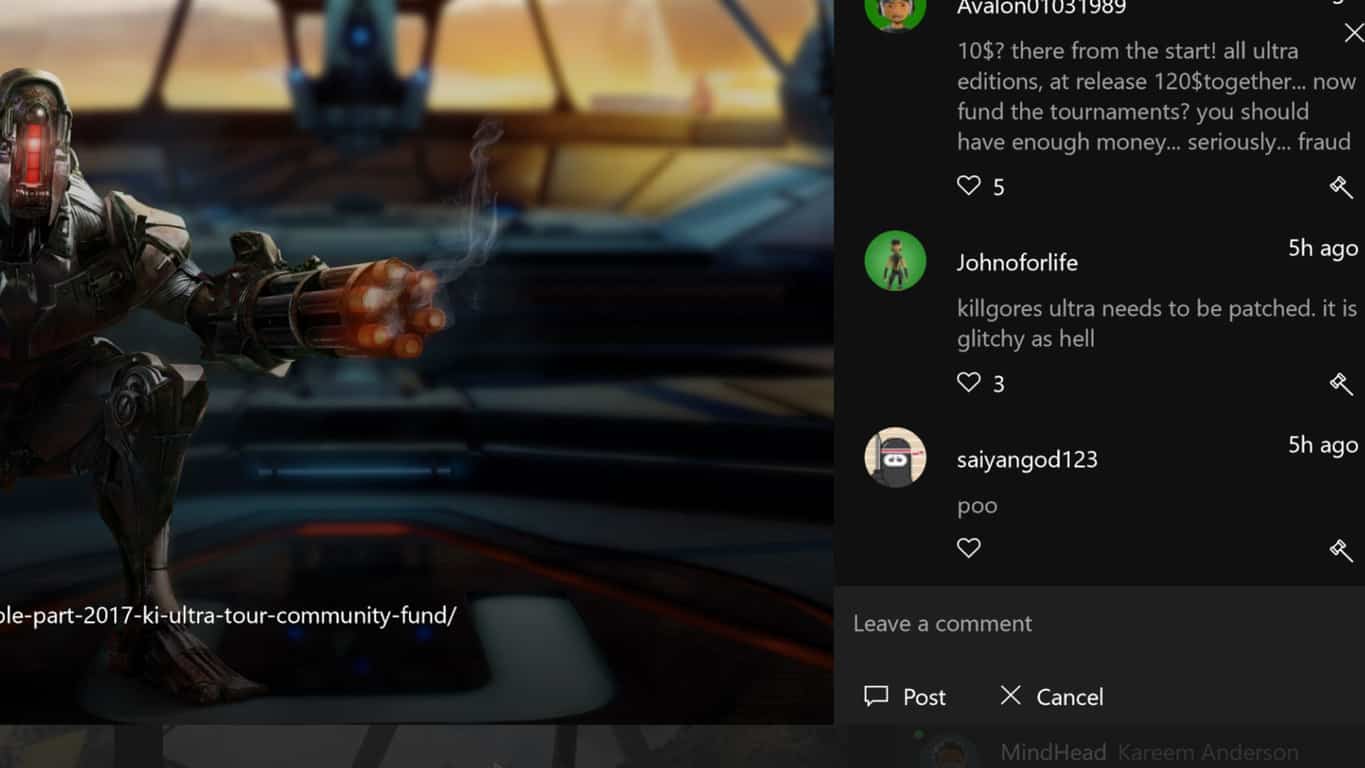 An official announcement post on the Killer Instinct website explains why the $10 price tag was chosen for a single character. It’s being used to fund Killer Instinct projects in the competitive eSports scene. “We’re happy to say that Kilgore is available now, to everyone! Better yet, Kilgore is leading the charge for the 2017 KI Ultra Tour, and will be headlining the oft-requested return of the Community Fund,” the post says. “Even if competing in tournaments isn’t your cup of tea, you still have a chance to help support KI and the scene in an amazing way. Support the 2017 KI Ultra Tour and get your hands on Kilgore today.”

Naturally, this reasoning hasn’t pleased those who have no interest in competitive gaming or who live outside of the U.S.A.. Let us know what you think. Is Killer Instinct asking for too much money from its players or is the amount of purchasable content understandable? Share your opinions with the site community in the comments below.

Spider-Man video games removed from Xbox One and other consoles

Windows 10 14393.594 PC build is now available to download on the Release Preview Ring