Microsoft takes My People to the next level in Windows 10 Insider build 17063 - OnMSFT.com Skip to content
We're hedging our bets! You can now follow OnMSFT.com on Mastadon or Tumblr! 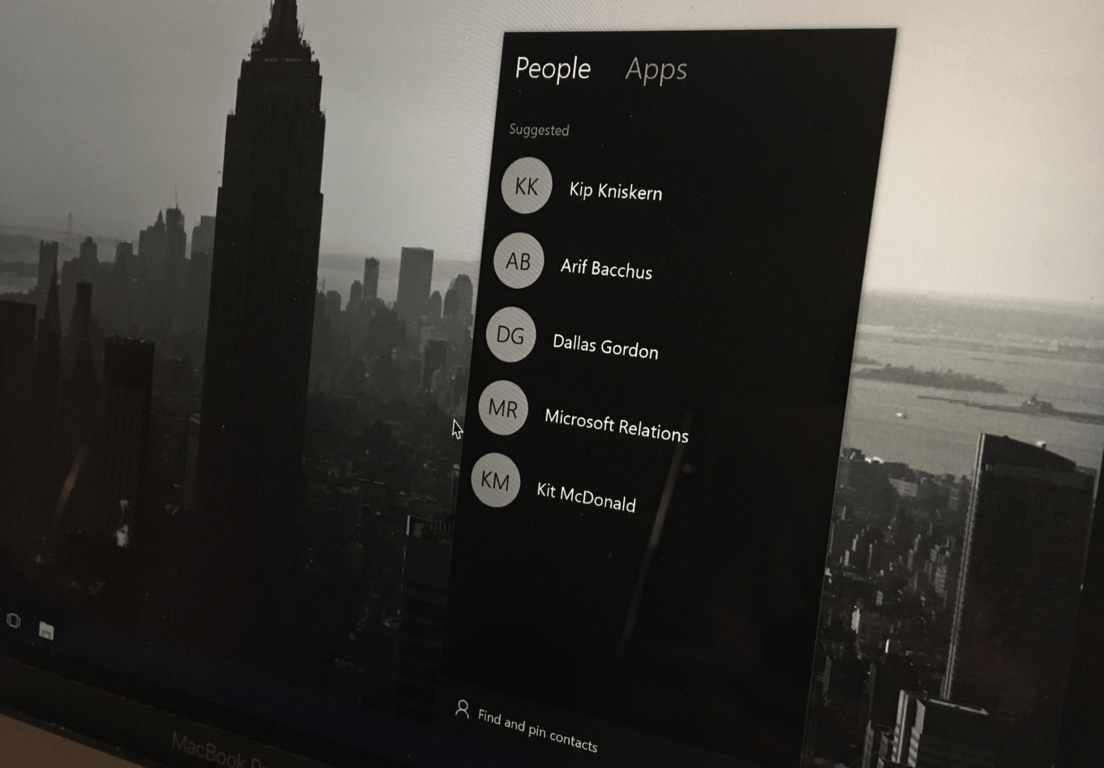 The Windows 10 Insider build 17063 is now available to download for Fast Ring Insiders, and the new bits bring some nice improvements to the My People experience. As you may know, My People lets you pin your contacts to your Windows 10 task bar, making it easier to communicate and share content with your closed ones.

If you thought that My People is still a bit rough around the edges in the Fall Creators Update, Microsoft has been listening to user feedback to take the feature to the next level. Starting with the Windows 10 Insider build 17063, it’s finally possible to drag and drop your contacts in your taskbar and rearrange them in the order how you prefer. Moreover, it’s now possible to show up to 10 contacts in your taskbar (up from three) if you want to.

Microsoft has also improved animations for people in overflow: now you’ll see emotive notifications above your taskbar for all contacts that have been pinned within the People flyout. You can see how it works in the GIF below.

The Insider build 17063 also brings two other changes for MyPeople: the People flyout has updated with Fluent Design, and you should now see acrylic, reveal, and light effects. Last but not least, MyPeople will now suggest you social apps that you may be interested in. This change has been made to improve app discoverability, but you can turn it off in the People settings if you don’t like it.

These are all welcome changes, but My People will really become useful when more developers (especially Facebook) start to support it. Let us know in the comments if these latest changes are likely to make you use My People more in the near future.