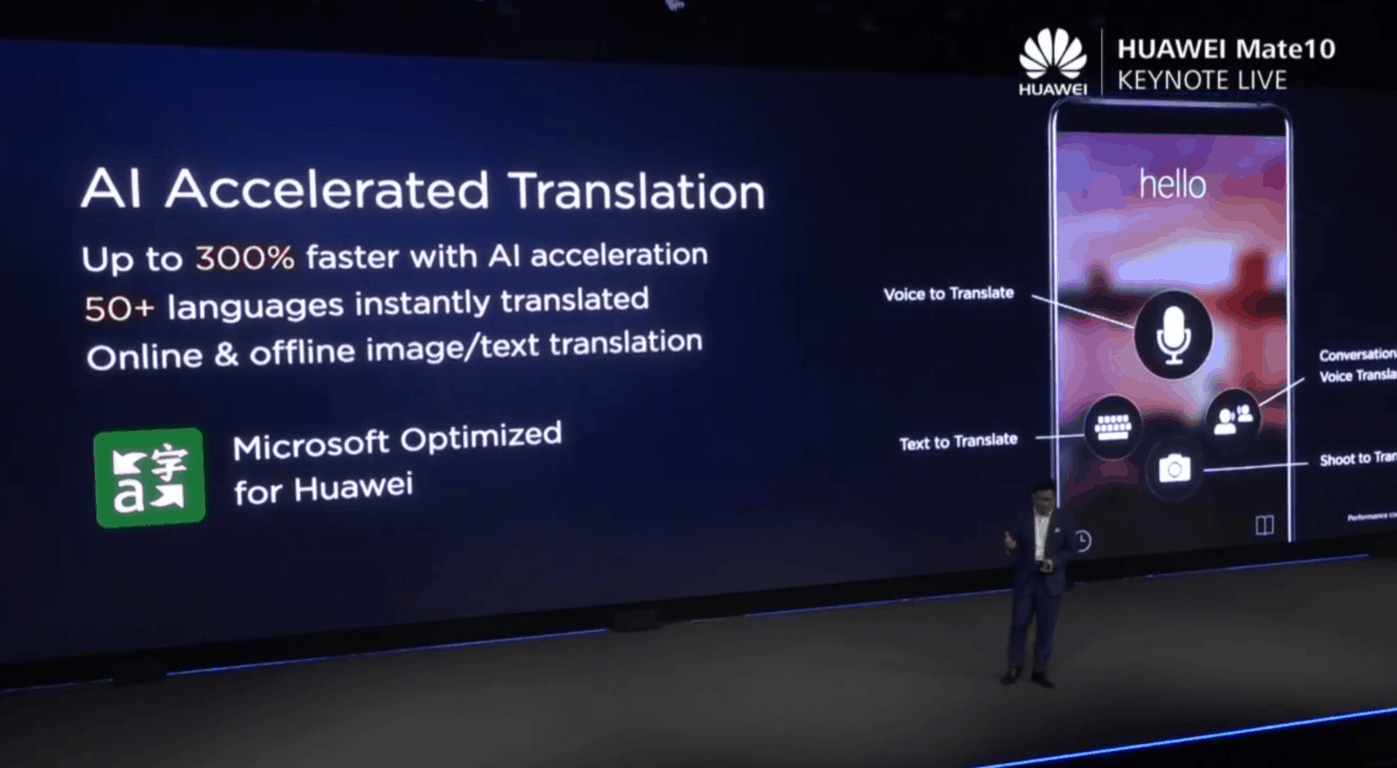 Huawei’s Mate 10, the company’s latest Android flagship announced earlier this week features some unique Microsoft technology. In addition to an OS-level integration of LinkedIn, the handset can also deliver full neural offline translations thanks to a customized version of the Microsoft Translator app for Android, which will be pre-installed on the Mate 10.

The Huawei Mate 10 with its “Kirin AI” processor is the first phone that comes with a dedicated Neural Processing Unit, which can dramatically improve the speed and quality of offline translations. Using the industry standard BLEU score to evaluate translation quality, Microsoft’s internal tests showed “up to a 23 percent better offline translation quality over competing best-in-class offline packs, and often a difference of less than 1 BLEU point between Microsoft state-of-the art online neural and offline neural translations.”

Out of the box, the Microsoft Translator app on the Huawei Mate 10 can instantly translate text in 60+ languages, and it also has exclusive neural translation packs for 12 languages: Arabic, Chinese, English, French, German, Italian, Japanese, Korean, Portuguese, Russian, Spanish, and Thai. If you’re wondering, the NPU on the Mate 10 has many other use cases including intelligent photography with AI-powered bokeh effects.

Some of Microsoft’s Android apps already come preinstalled on many Android apps on the market today, but it’s interesting to see Microsoft’s neural technology being used in new ways on flagship Android handsets. CEO Satya Nadella recently shared that Microsoft needs to “make sure our software and applications are used on iOS and Android,” so you can probably expect more partnerships like this one going forward.