Microsoft Lumia 950 and Lumia 950 XL up for pre-orders at Unlocked-Mobiles in the UK - OnMSFT.com Skip to content
We're hedging our bets! You can now follow OnMSFT.com on Mastadon or Tumblr! 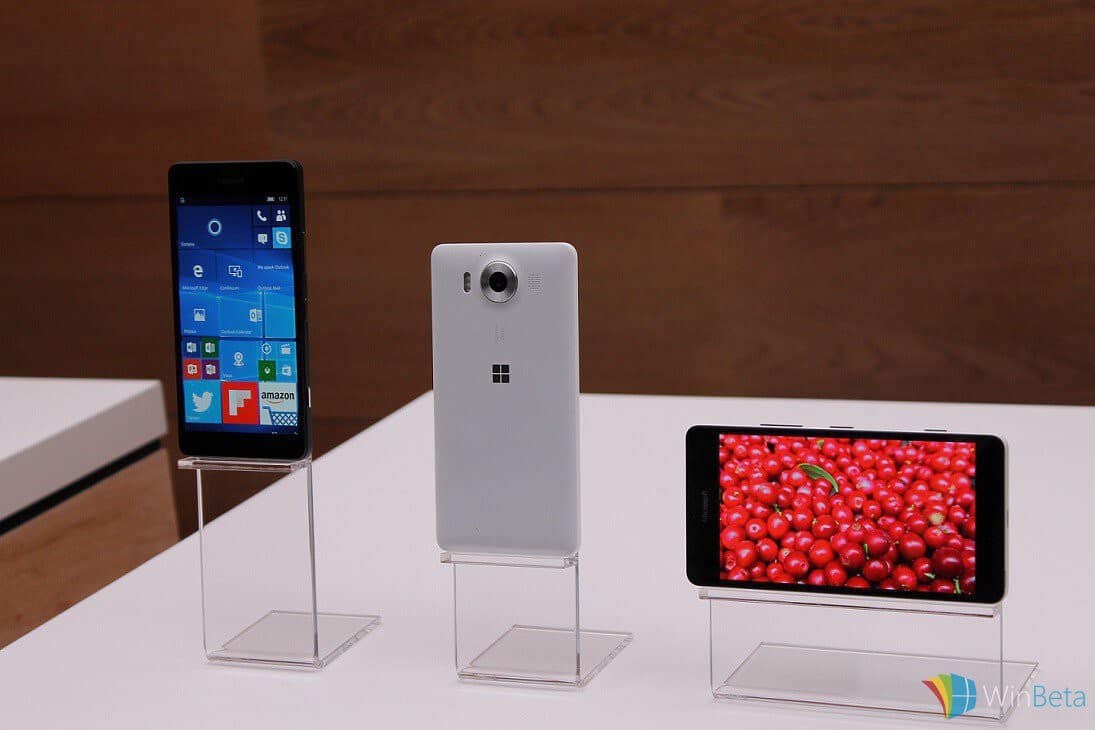 Earlier this week, Microsoft took the wraps off the highly anticipated Lumia 950 and Lumia 950 XL. The devices bring top-of-the-line specifications on board and are the first ones to ship with Windows 10 Mobile as its operating system. The handsets are already up for grabs in several regions through Microsoft store with the shipments expected to commence in November.
If you're based in the UK, you must have heard about Unlocked Mobiles, an online retailer dealing in SIM-free handsets. The retailer has started taking pre-orders of the recently announced Lumia 950 and Lumia 950 XL -- they're offering the 32GB SIM-free version of the device (via Windows Central).
The Lumia 950 costs £479 ($743) including VAT, while its bigger sibling is £529 ($820). If you recall, Microsoft store UK listed the price to be slightly higher, that is, the Lumia 950 is priced at £499.99 while the Lumia 950 XL is up for pre-orders for £549.99. So here's another reason why you may want to consider getting it from the folks over at Unlocked-Mobiles. As far as the availability is concerned, the handsets are expected to ship by December 2nd, as per the retailer.
As a quick recap, the Lumia 950 boasts a beautiful 5.2-inch display with a 2560 by 1440 pixels resolution, a Qualcomm Snapdragon 808 processor paired with 3GB of RAM and 32GB of internal storage. There's a 20MP PureView camera with optical image stabilization and 4K video recording, as well as a 5MP front-facing camera, a 3,000 mAh battery and ships with Windows 10 Mobile out of the box.
The Lumia 950 XL is almost similar in terms of specifications with a few changes here and there. The device sports a larger 5.7-inch display with a same QHD resolution, as well as a better Qualcomm Snapdragon 810 processor, 3GB of RAM, a bigger 3,340 mAh battery to make sure there's enough juice and comes with Windows 10 Mobile.
The handset should hit retail next month in several markets, so make sure to grab them if you're interested. Let us know if you've already pre-ordered any of the two devices in the comments below.

Surface Book vs MacBook Pro, a battle of specs