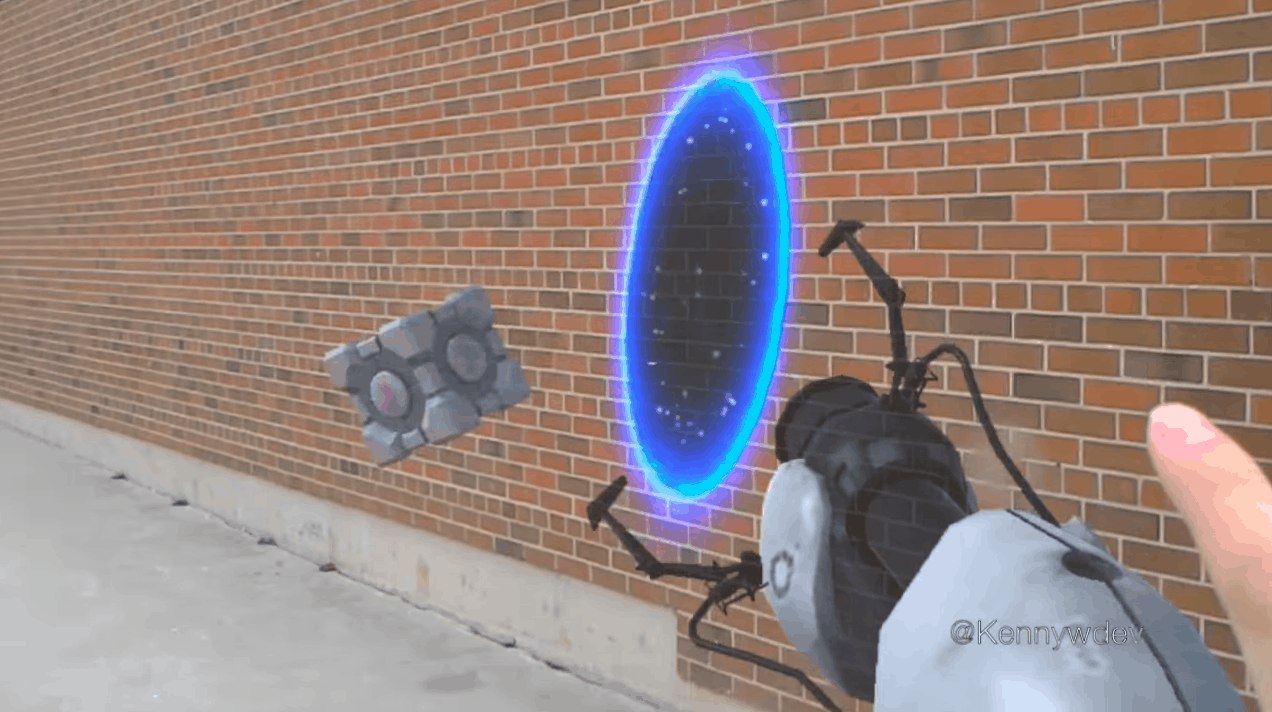 Since Microsoft started shipping its HoloLens Development Edition last year, a couple of developers have been using the headset to explore new gameplay experiences that leverage mixed reality in interesting ways. Pokelens, a Pokemon HoloLens RPG project from developer Kenny W was one of the most impressive HoloLens experiments to surface last year.

To our delight, the same developer is still very much interested in the new platform, and you can tell it by looking at his latest project based on Valve’s popular Portal game (Via Reddit). The following gameplay video looks incredibly cool, even for people who don’t like video games:

Been thinking with Portals. In AR with the Hololens! https://t.co/HCrQgrv7Dv #Hololens #Portal #AR #gamedev

For those unfamiliar with Portal, it’s a critically-acclaimed puzzle-platform game where you have solve puzzles by using a device that can create portals. You can teleport yourself as well as various objects, with physics and gravity being a key gameplay element. In the Reddit thread, Kenny W describes Portal as “definitely one of my favourite games of all time. Even better in AR.”

For what the developer labels a “fun side project,” this is definitely an impressive HoloLens demo. If you’re interested in trying it, Kenny W explained that he is “probably going to post it on Github after some polishing.” Sound off in the comments if you’d love to play Portal in augmented reality.