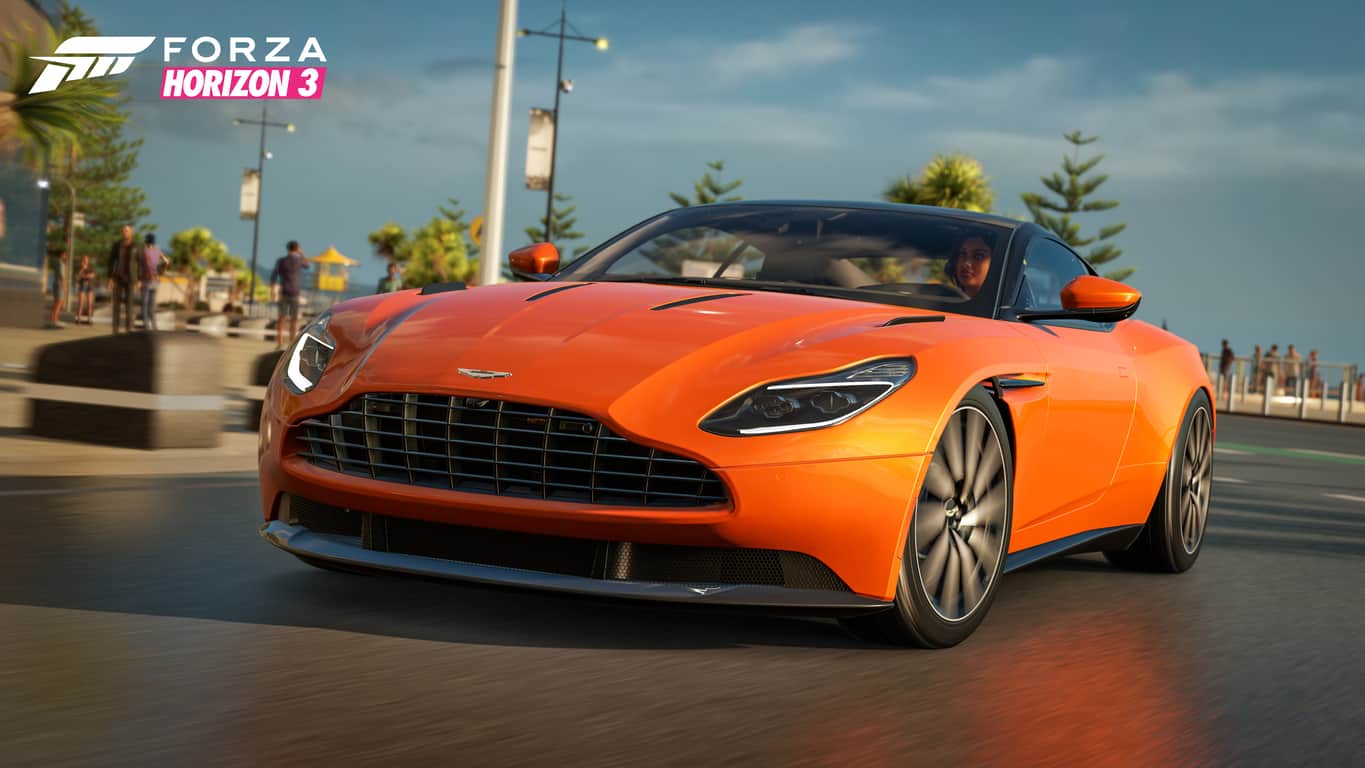 The Forza Team has announced that the Forza Horizon 3 Playseat Car Pack is set to launch tomorrow, February 7th. The pack features seven new vehicles, including the 1985 HDT VK Commodore Group A, 1990 Renault Alpine GTA Le Mans, 2016 Cadillac ATS-V, 2017 Aston Martin DB11, 2016 Vauxhall Corsa VXR, 1970 Honda S800, and the 2016 Honda Civic Type R. As is usual, the cars are included in the Forza Horizon 3 Car Pass, or the Ultimate Edition. We've given the post a look and have included the details for you below the video.

Leading the pack of cars is the 1985 HDT VK Commodore Group A. This vehicle is a distinctive car in Australian legend Peter Brock's racing career and was built during the period when he was running his own company building race-bred road cars. In a close second is the 1990 Renault Alpine GTA Le Mans, which is a four-seat grand tourer that rivals Porshe's best, down to the sleek form factor, and a rear mounted turbo V6 engine. Third up, and right behind, is the 2016 Cadillac ATS-V. This car is a performance-packed luxury coupe and packs a 460 V6 twin-turbo horsepower, which is sure to give you an edge on the competition.

Rounding out the second half of the pack is the 2017 Aston Martin DB11. This twin turbo six-cylinder engine powered vehicle is the middle child in Aston Martin's lineup and will be sure to turn heads as you race through the streets of Australia. Next up is the 2016 Vauxhall Corsa VXR, which is a 200 horsepower 1.6-liter turbocharged four-cylinder front-wheel-drive city car. Not far behind is the classic 1970 Honda S800, powered by 356cc Honda motorcycle engine and chain drive technology.  Last up is the 2016 Honda Civic Type R. This 300 HP car will be sure to win you a few races thanks to torque-steer limiting dual-axis strut suspension, mechanical front differential and the Brembo brakes.

Which of these cars is your favorite? Do you think you will pick up this pack, or, the Xbox One S Forza Horizon 3 Bundle? Sound off, and drop us a comment below!

Get Rise of the Tomb Raider for Xbox One for $19.99 from Amazon

Did you know your Microsoft mouse works just fine with only one battery?