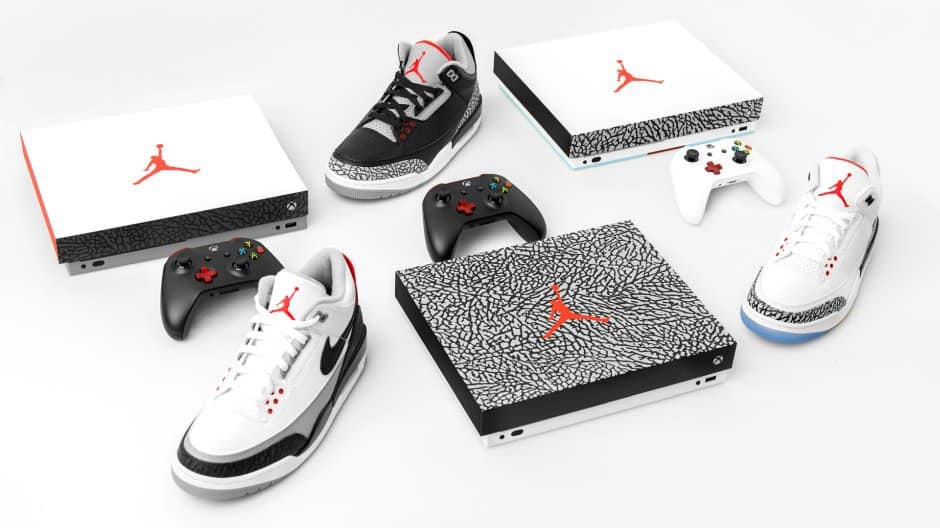 Microsoft has previously given away special Xbox Consoles to celebrities but now is your chance to win one for yourself. To celebrate the reveal of the iconic Air Jordan III sneakers, the company will be giving away an Xbox One X console inspired by the upcoming Air Jordan III releases.

The Free Throw Line Xbox One X pays homage to the unforgettable dunk by Michael Jordan in 1988. The Black Cement Xbox One X is inspired by the sneakers with all the same detailing which made these, considered by many, the greatest sneakers of all-time, and the Tinker Xbox One X showcases Tinker Hatfield’s original design for what the shoe was going to be.

Xbox One X is paying homage to the iconic #AirJordan III with 3 custom consoles. And the best part? You can win one for yourself: https://t.co/dDNZyJI50u pic.twitter.com/WKDkUvDscO

You can enter to win one of the consoles by heading to Xbox’s Twitter Page and retweeting the special tweet above. The contest is open from Friday, February 16 at 6 a.m. PT to Wednesday, February 21 at 10 p.m. PT. You never know if you can win, so be sure to try your luck at winning this one of a kind console!

Microsoft refunding some EA Access subscribers due to double charge