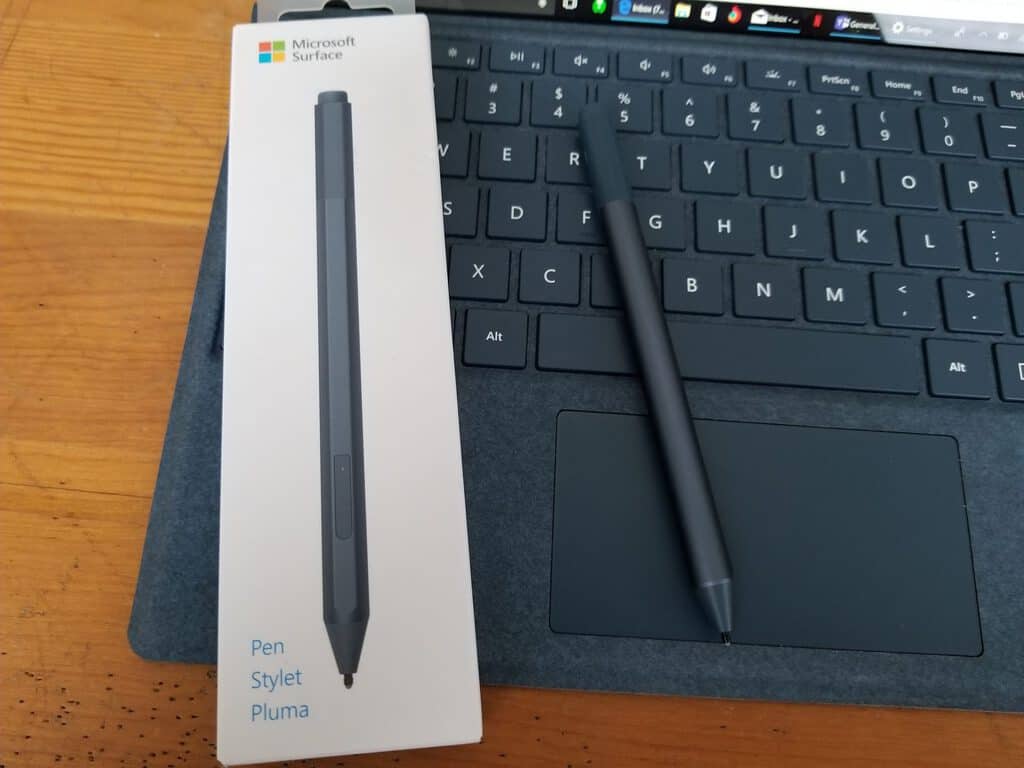 According to a report from MSPoweruser, a Microsoft patent suggests the Surface Pen could be getting its own version of a mouse scroll wheel. The patent was originally filled back in August of 2016, so this is not necessarily new, but it still suggests the Redmond giant may be working on a new version of the Surface Pen.

This latest patent specifically refers to a "touch-sensitive retention clip," suggesting it can act like a mouse scroll wheel. The patent mentions the clip also carries a capacitive sensor, further suggesting it can be used in scrolling. According to the patent:

Microsoft also appears to be thinking about a power saving mode for the Surface Pen. The patent mentions that the pen can switch from a power saving mode to an active mode when the user touches the touch-sensitive retention clip. In the words of the patent:

Microsoft already has refined the Surface Pen several times over the past five years, recently ditching the pen clip. There is no telling if the tech in this patent will ever come to be (or if the clip will make a return in the next-gen Surface,) but it is nice to see that the company is at least forward thinking. As always, do let us know if you think this is a cool idea by dropping us a comment below.