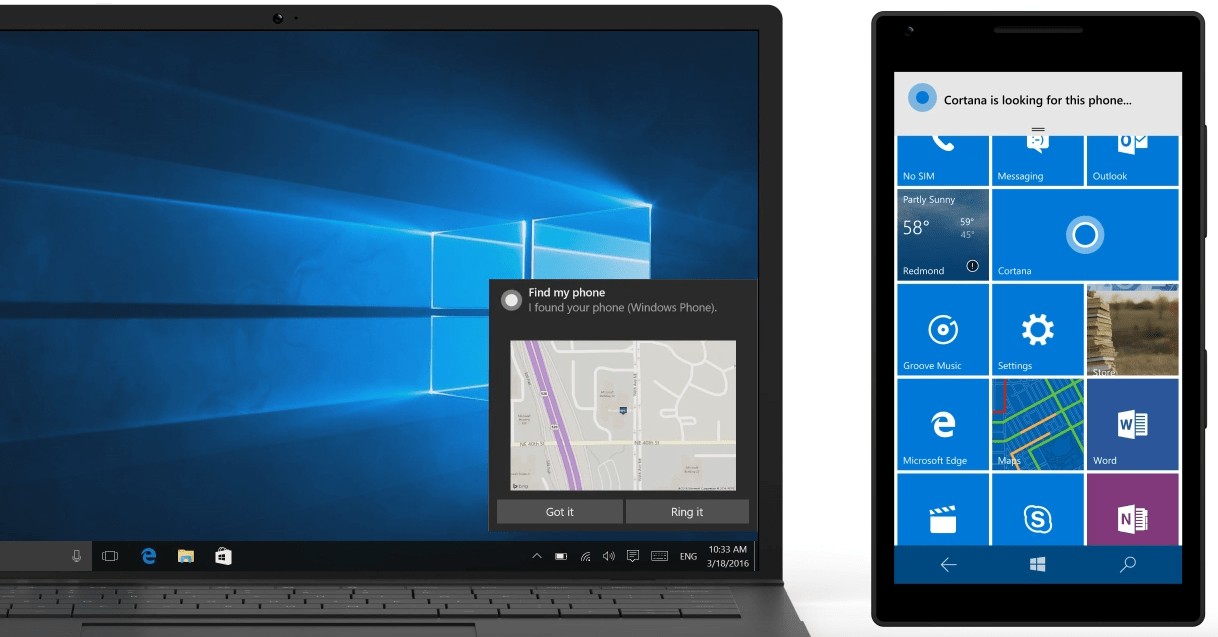 Microsoft is working on a number of new improvements and features coming to Cortana with the upcoming Windows 10 Anniversary Update. One of those new features which, to my knowledge has not been talked about yet, is a new “Find my phone” option that rather obviously finds your smartphone.

Asking Cortana on build 14295 to “find my phone” appears to work, as the command results in her telling you that she’s now looking for it. Cortana does say it could take a couple minutes, but once found, a notification will pop up on your phone letting you know that Cortana is looking for this phone.

Being able to ping your misplaced phone with Cortana will likely prove to be very convenient, as currently the only real way to use the Find my Phone feature on Windows Phone is via the online Microsoft security website. What other features do you wish to see arrive with Cortana in the Anniversary Update? Let us know below.