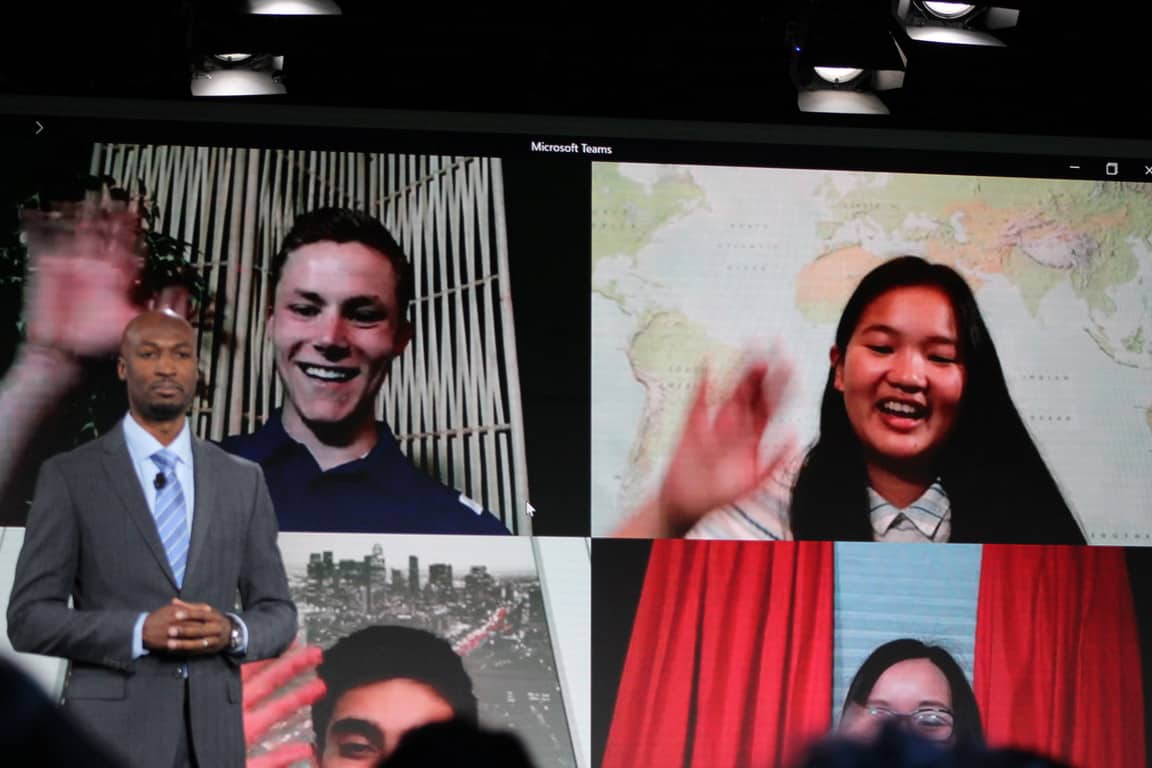 With COVID-19, more commonly known as the Coronavirus, spreading across the world, many companies have been canceling conferences and public-facing meetings. High profile events like Mobile World Congress and the Game Developer Conference were both recently canceled, just to name a few.

In the wake of the virus, some companies, including Microsoft for its own GDC briefing, have turned to online events or briefings instead. As a result, you may be wondering which online teleconferencing solution might be right for your business. In this guide, we'll take a top-level look at some of the top solutions that you can use to help bring together your employees and others across the world in one, simple and safe meeting space.

Of course, the first pick on our list is Microsoft Teams. This is one that we've covered extensively here at OnMSFT, and there's one big benefit to other solutions on our list --- it is already included for no additional cost with most Office 365 Business and Enterprise plans.

Plans including Teams range from $5 per user per month and up, depending on your needs. Thanks to the Microsoft Teams Live events feature, Teams also lets you hold and stream online meetings with up to 10,000 people, with certain Office 365 plans. All paid versions of teams will even support hosting unlimited HD video conferencing meetings with up to 250 people. As for sending out meeting invites, anyone can dial in or join without creating an account.

If you're not willing to pay up, there is also a free version of Microsoft Teams that anyone can use, but with a limited set of features. It only allows you to add 300 users, with a total of 10GB of shared space, at the rate of 2GB per user. There’s also no support for group calls, scheduled meetings, phone calls and audio conferencing, and no access to administration tools for managing users, apps, and reporting usage statistics. You'll find all these features in the version of Teams included with Office 365. You'll even be able to record your meetings if need be in the paid version of Teams, with no limits.

As we've pointed out before, Teams is also a big work in progress for Microsoft. The company is always tweaking the experience and adding new features. There also is a Uservoice, where you can submit your feedback and request new features.

While Microsoft has positioned Teams as the replacement for Skype for Business and has already moved many features of Skype into Teams, the regular version of Skype is still good for some small businesses. It is designed for use in situations where you might have less than 20 employees. It is free to use unless you want to buy credit to make calls to landlines and mobiles.

In the past, Microsoft also offered some Skype plans which were good for teleconferencing and conference hosting. These plans are now going away but were known as Skype Meetings, and Skype for Business. With the older Skype for Business plans, you could have added up to 250 people to online meetings for the cost of $2 per user, per month. With a feature known as Skype Meeting Broadcast under this plan, IT admins could have also scheduled live meetings with up to 10,000 attendees.

Next up on our list is Zoom. This meeting solution is quite popular and is used around the world in board, conference, huddle, and training rooms, as well as executive offices and classrooms. Much like teams, there is a free plan. With the free plan, you can host up to 100 participants in meetings, and unlimited 1 to 1 meetings. You also get a 40 minute limit on group meetings and an unlimited amount of meetings. Free plans include HD Voice, Video, full-screen view, screen share, and telephone join in, similar to Teams. Anyone can dial-in or join Zoom meetings as long as they have the link.

There are also some paid plans for Zoom. These plans range from $15 per month, all the way up to $20 per month. The plans are divided up into Pro ($15 per host,) Business ($20 per host,) and Enterprise ($20 per host) Again, the plan varies based on the size of your business, with Enterprise being the top plan, and Business being the middle plan. Its also worth noting that Pro plans will include up 100 meeting participants, Business, 300, and Enterprise, 500. For streaming meetings, Zoom has what it calls a "Webinar" service, but pricing and viewing limits vary based on your company size.

You'll find that as you move up between Pro, Business, and Enterprise, more features get added, such as user management, admin dashboard, and more meeting duration limits and recording times. You always can pay to add up to 1,000 meeting participants if needed, with the rate varying with each plan. You can learn more about that here.

With Slack, teleconferencing a bit more complicated. Like Teams, Slack has its own built-in conferencing features known as Slack Calls. However, Slack Group Calls are only available with paid plans, and it caps the group call limit using its own services to up to 15 people, regardless of which plan you have. As we've covered before, Slack has a free plan, sans some features. Plans also range from $8 per person per month, all the way up to $15 per person per month.

To create a large-scale meeting or conference with more than 15 people Slack, you need to set up a workspace for the meeting first. You'll also need to send out guest invites and have attendees set up accounts so they can join your Slack workplace.  If the meeting has more than 15 people, an IT Admin can configure Slack to work with a third-party calling service. This includes Google+ hangouts, GoToMeeting, Skype, Zoom, and more. Be aware, though, that some of these can't be set as the default calling app.

Teams, Skype, Slack, and Zoom are just some of the top-three picks for teleconferencing solutions. There are many others on the list, too such as GotoMeeting, and Google Hangouts Meet, as well as BlueJeans, Daily.co, join.me, and Webex Meetings.

Other services worth considering include BlueJeans, Daily.co, join.me, and Webex Meetings.

LinkedIn has started testing its own version of Snapchat Stories internally