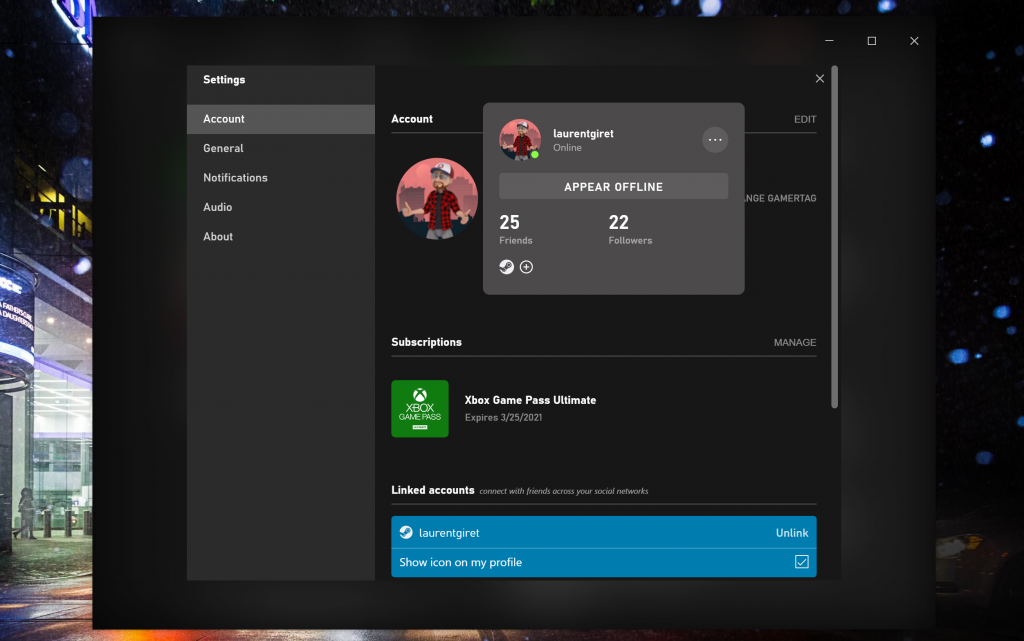 Microsoft has updated its new Xbox beta app on Windows 10 to add the new account linking options that were announced during Inside Xbox last week. You can now link your Steam, Facebook, Twitter, and Twitch accounts from Settings, and choose if you want to display these third-party accounts on your player card.

Linking your accounts will also allow you to find your friends from Steam and Facebook who also have an Xbox Live profile, in addition to the basic search by Xbox gamertag functionality. Microsoft announced on Xbox Wire last week that more account linking options will be available, including YouTube, Reddit, and Discord. It's worth noting that the latter already allows users to connect external accounts and unlock special Discord integrations.

On the Xbox beta app, the latest update also added the ability to support a Mixer Partner when you join Xbox Game Pass. This can be done by clicking the new “Support a creator” button under your profile icon. You’ll have to enter to enter a Mixer Partner’s code into the app, and we haven’t been able to test it yet as this is currently restricted to new Xbox Game Pass subscribers or existing members upgrading to the Ultimate tier.

Last but not least, the Xbox beta app has also been updated with new ways to find and filter games, as well as more control on managing downloads. The app is quickly becoming an essential tool for Xbox Game Pass subscribers, and it also has some nice messaging features. However, it probably won’t replace an app like Discord for hardcore gamers.