Windows 10 Game Bar gets a name change to Xbox Game Bar with latest Insider update - OnMSFT.com Skip to content
We're hedging our bets! You can now follow OnMSFT.com on Mastadon or Tumblr! 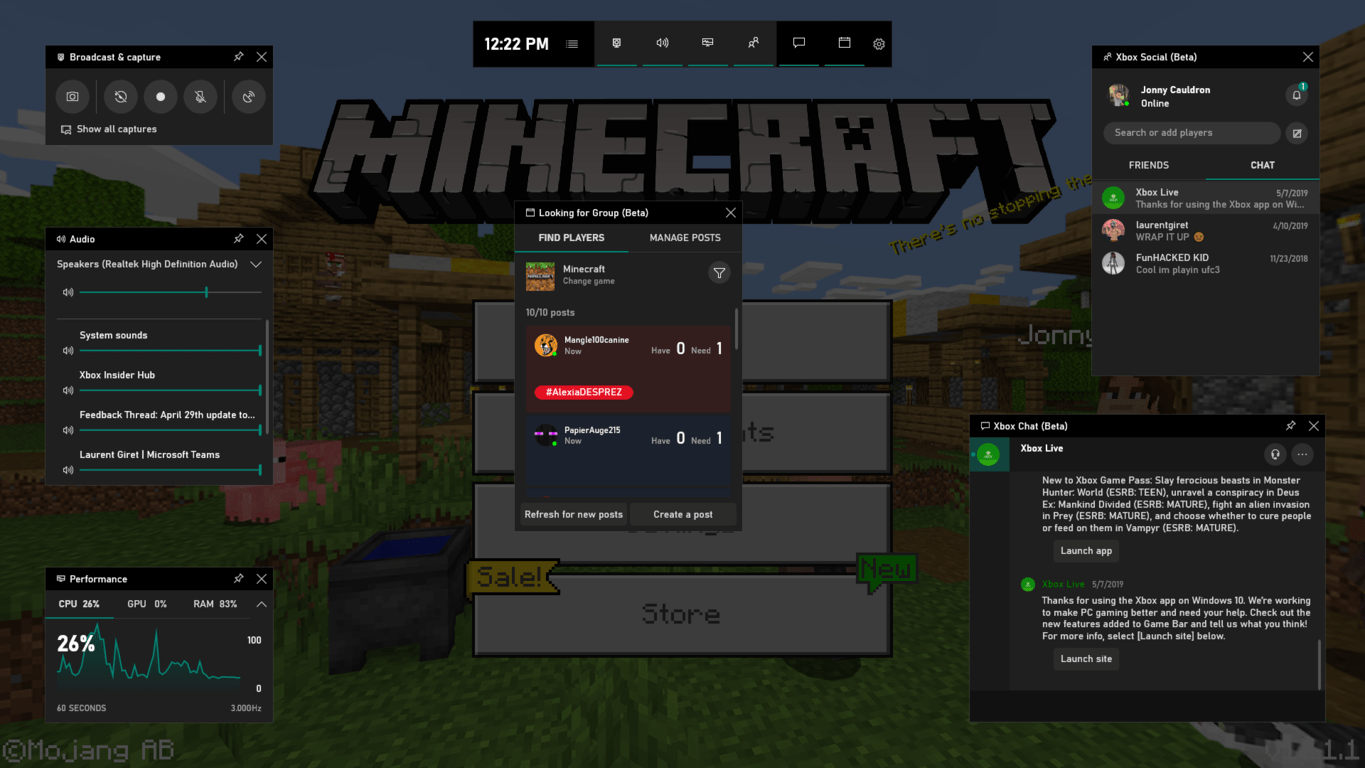 Microsoft is renaming the Windows 10 Game Bar to Xbox Game Bar, as can be seen in the latest update of the beta app available for early adopters. A rename of the app actually makes a lot of sense, especially given how tightly integrated it is to Xbox Live. In addition to the name change, the update also features the new Welcome pop-up window, which gives helpful suggestions as to what you can do with the app if you’re not already familiar with it (via MSPU).

The update comes not too long after the recently introduced Looking for Groups widget was added to the beta, allowing users to find other players with similar missions and objectives. Additionally, the Chat widget also recently allowed users to quickly paste images, such as screenshots, that were captured in the clipboard.

Microsoft has been working on the new Game Bar for some time now, which splits the single bar that most Windows 10 users are likely familiar with into multiple “widgets.” These include chat, friends, broadcasting, CPU performance and even music controls for Spotify.

If you’re eager to try the new features out, you’ll need to be running the Windows 10 October 2018 update or later, but you don’t have to worry about becoming a Windows or Xbox Insider. You can sign up to try the beta by downloading the Xbox Insider Hub app on the Microsoft Store. From there, just open the app and join the Windows Gaming list to make the update available to download from the Store