If you used to rely on the Windows 10 File History backup feature to back up your files to another drive, you'll be pleased to know that the built-in feature is back in the freshly released Insider build 16226. For those unaware, File History backup first disappeared in the accidentally released build 16212 earlier this month, and it was also absent in the preview build 16215 released a week later. 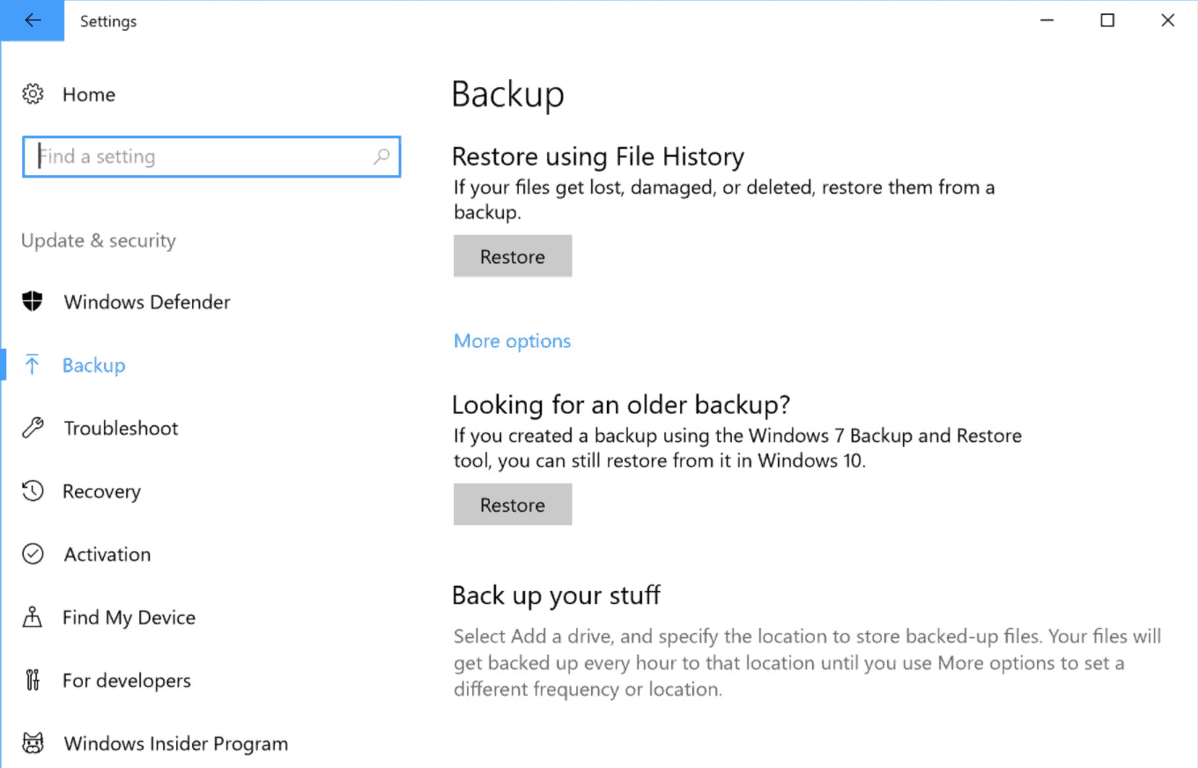 While Microsoft didn't mention it in the massive build 16226 changelog, File History made a quiet return in the Settings app (via MSPoweruser). However, the "Restore using File History" feature is now gone in this latest build, though it may also come back in future releases. 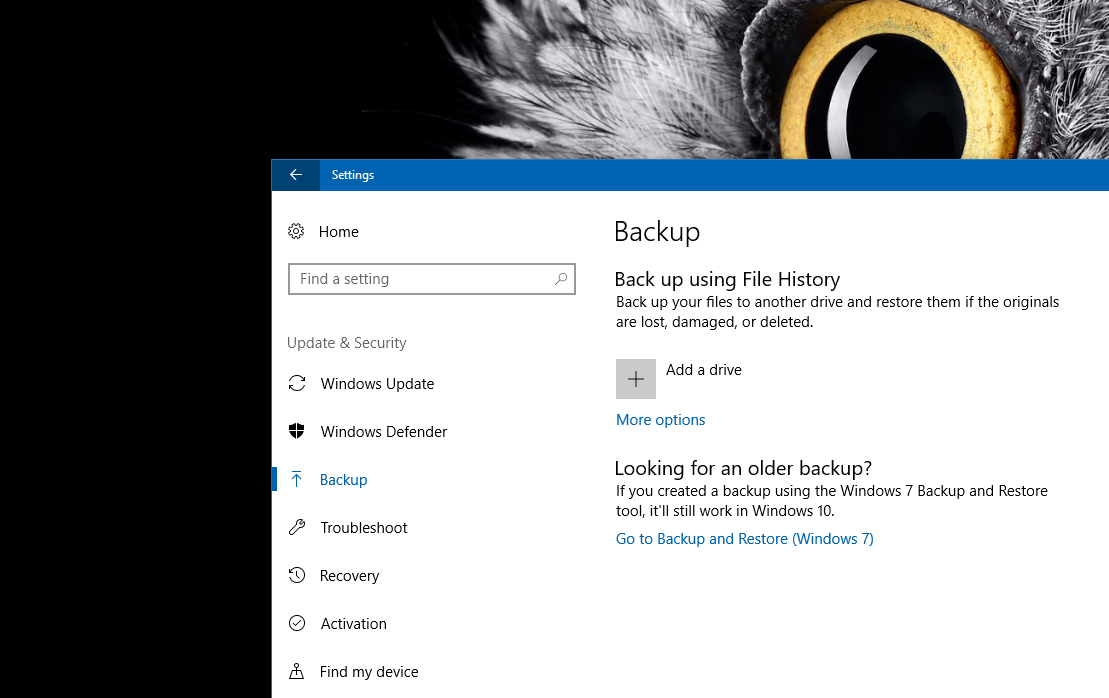 We're still having issues installing the preview build 16226 on some of our PCs today, and we guess we're probably not alone in this case. This build is obviously buggier than usual, though it comes with several improvements forfor Microsoft Edge and the general Tablet experience and even the Settings app. If you haven't done it yet, we invite you to check our hands-on video over here.