As you likely know, rumors show that Microsoft is planning to release Windows 10 Cloud, which is essentially a “locked down” version of Windows 10 that only allows you to only install apps seen in the Windows Store. It now appears  that Microsoft is also bringing the “locked down” strategy to other versions of Windows 10, as new reports are indicating that the Windows 10 Creators Update will also have options to limit app downloads to Windows Store (via Windows Central.)

The option to enable a lock feature which will force users to go to the Windows Store to download and install application, games, and more is available in the latest Windows Insider build and can be found in the app settings portion of Windows 10, with two levels of control. 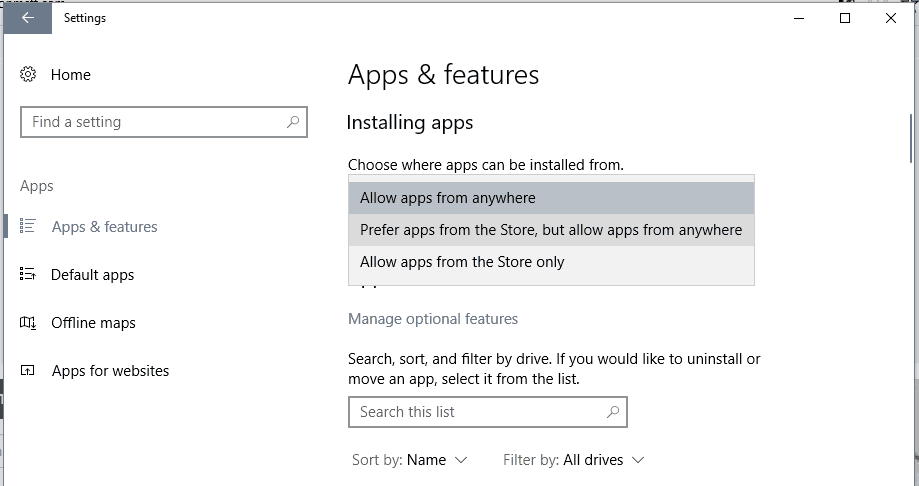 It’s clearly obvious that Microsoft might have included this feature to improve the security in Windows 10, but it is worth noting that Apple also previously introduced a somewhat similar “Gatekeeper” feature in MacOS which prevents unsigned and non-store apps from being installed.  According to Windows Central, these options will be turned off by default on Windows 10 editions that are not Windows 10 Cloud. You can head to the settings portion of the latest Insider Preview builds to check out these features for yourself, so do let us know what you think by dropping us a comment below.