Windows 10 Creators Update: Everything you need to know about gaming improvements

The Creators Update was announced back in October of 2016, and it’s release is nearing. While we don’t know precisely when it’s going to be available, we can guess that it should be arriving within the next month or two. In the spirit of celebration, we figured that we would share some of the biggest aspects of the update.

Game Mode is perhaps one of the biggest feature coming to gamers in the Creators Update, although it doesn’t actually add that much as far as features are concerned. Essentially, Game Mode is something that’s built into Windows 10 for the purpose of enhancing performance. By activating it while playing a game, your PC will devote extra resources to it without you needing to tweak much else.

The impact that Game Mode is going to have will be seen all across the gaming community, but you’ll mostly see people with low-to-mid range computers benefiting from it. Using Game Mode, assuming it works as advertised on launch, should definitely ease up on the considerable requirements that many modern games have. 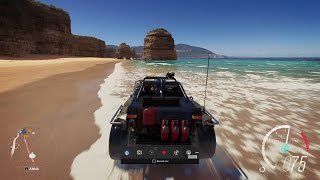 The Creators Update was announced back in October of 2016, and it's release is nearing. While we don't know precisely when it's going to be available, we can guess that it should be arriving within the next month or two. In the spirit of celebration, we figured that we would share some of the bigges

When you’ve gotten the Creators Update, you’ll be able to activate Game Mode through the new Xbox section of the Settings menu. If you don’t feel like digging around in menus, you’ll also be able to access the option through the Xbox Game Bar, which is already a part of Windows 10.

If you use the Game Bar as frequently as I do, you’ll likely be familiar with Game DVR. The feature has been a part of Windows 10 for a while and has offered up PC gamers the ability to record their gameplay without the use of any third party software. The feature brought gameplay-sharing to a more casual PC audience, but it was only the first step in Microsoft’s ideas to help content creators.

The Creators Update is going to be bringing a “Broadcast” button to the Game Bar, which will let you start streaming to Beam. Now that your Beam account is linked to your Xbox Live account, you will be able to stream directly through the Game Bar, or through your Xbox One. Much like Game DVR let PC gamers bypass services like Fraps, the Broadcast feature is letting PC gamers bypass services like OBS (open broadcaster software) and letting Xbox gamers bypass expensive capture cards.

This is the part of the Creators update which is staying true to its name and helping to cultivate the next generation of content creators in the gaming world. With gaming content being some of the most popular online media in the world, Microsoft’s goal seems to be aligned with making Xbox the home for these creative gamers.

Getting into game #streaming is going to be even easier when the creators update comes to #Windows10. #Beamhttps://t.co/wZpPYHbptC pic.twitter.com/ZcuHJ3vqze

When the Creators Update drops, gamers are going to be empowered quite a bit. The extra bit of punch being given to lower-end systems will absolutely be noticeable, and the addition of built-in broadcasting on both PC and Xbox could give a major population boost to Beam. While gaming certainly isn’t at the forefront of this update, it’s important to know that the Xbox and Windows 10 teams are still keeping an eye out for the gaming community – and they most certainly have some tricks up their sleeves for the future.