Microsoft rolled out Windows 10 Preview Build 19603 to Fast Ring Insiders yesterday, which comes with a bunch of new features and enhancements, including the Windows Subsystem for Linux (WSL) integration with File Explorer. However, besides all the features listed in the changelog, this new preview build packs two hidden features as well.

In a recent development, Twitter user @Albacore discovered that the Redmond giant is experimenting with a revamped version of the Windows 10 volume flyout with media controls, with the pop up now making much better use of Microsoft's Fluent Design guidelines. 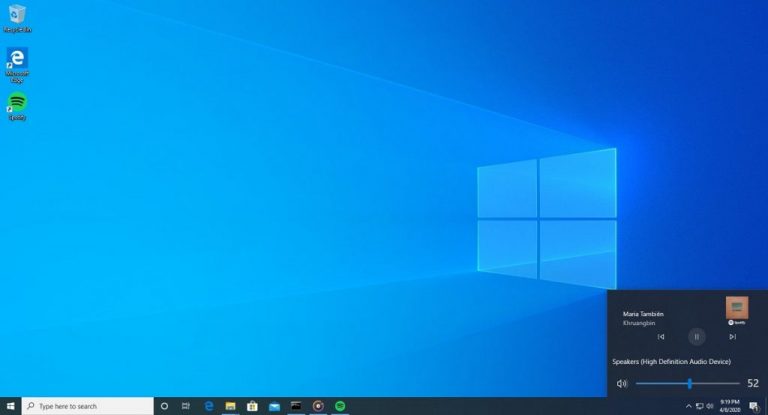 In addition to the new media controls, @Albacore spotted in the latest Inisider build another hidden feature in the Windows 10 Settings panel. As you can see in the screenshot below, a new "What’s New" section provides useful information about new Windows 10 features that non-power users may ignore. A visible "Give feedback" would also make it easy for Windows users to submit feedback about individual features. 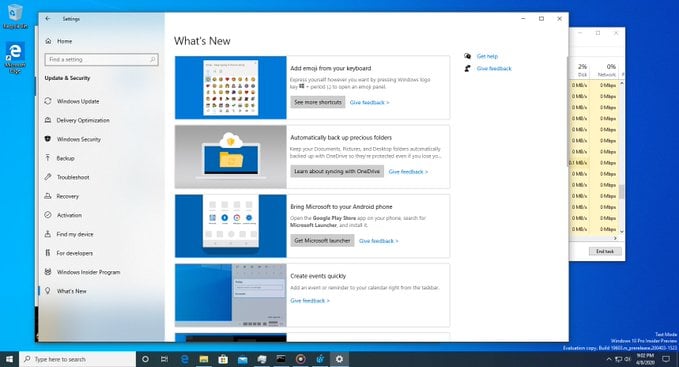 Again, the aforementioned features are not currently activated and they may well never ship to the public. Brandon LeBlanc from the Windows Insider team stated on Twitter that the media controls feature in the volume flyout "isn't available yet to Insiders and is hidden in code as it's currently a design investigation we're doing." As for the "What's New" section, LeBlanc said in a separate tweet that "We didn't note this in our flight blog post because it's hidden in code and not enabled for Insiders yet or ready to be used."

What do you think about these hidden experimental features? Let us know in the comments if you'd like Microsoft to make them available in a future flight.