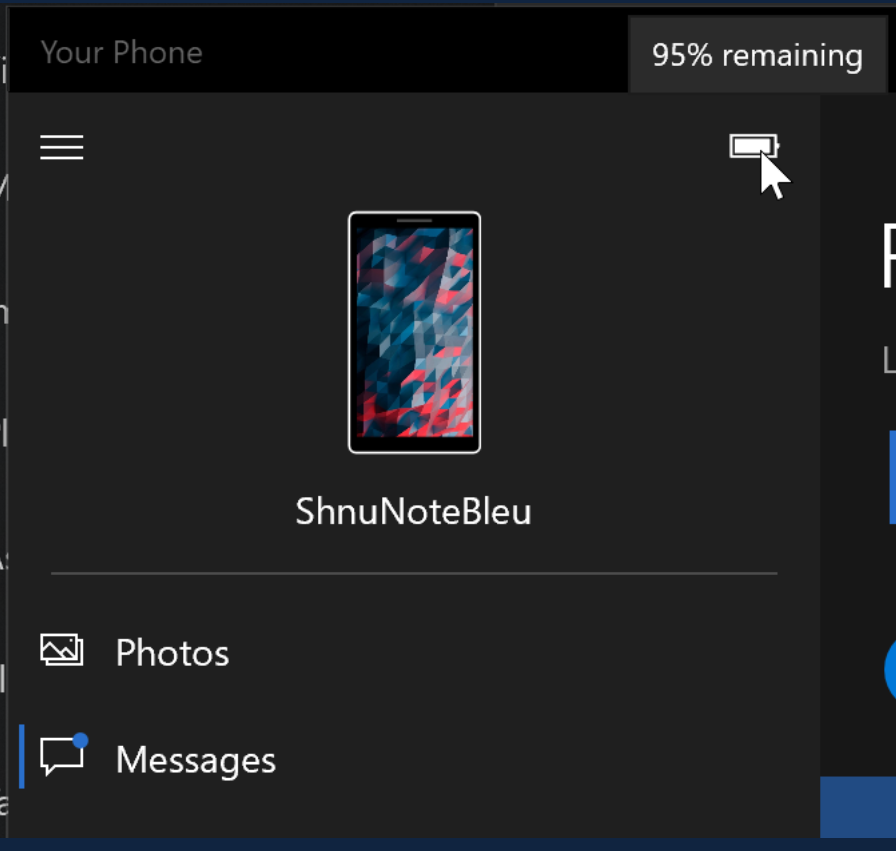 Slowly but surely, Microsoft’s Your Phone vision is coming into perspective through a series of recent updates and feature releases and it appears another nicety could be coming to cross-platform users soon.

In addition to potentially getting telephony capabilities on the desktop with a new call support interface, Your Phone users may also see the syncing of battery level notifications as well as the wallpaper on a connected smartphone.

Partner Director of PM-Microsoft Mobile and Cross Devices Experiences Vishnu Nath recently tweeted a screenshot of the new syncing features that now shows a new Your Phone Icon within in the app with the presumably the wallpaper on his smartphone.

We can now sync your phone's wallpaper in the #YourPhone app, rolling out now! And in case you missed it, battery indicator is rolling out as well! pic.twitter.com/CNLgrsMAzO

According to Nath’s tweet, users should begin seeing the new sync features soon.

Anecdotally, I am a Windows 10 Insider and I saw the app get an update today, but have yet to see the new features. At the moment it’s unclear if the new features are rolling out to all Windows 10 users, Insiders or a subset of Insiders in an A/B test group, but Nath seems confident that users should see it soon.