UWP games to get “more resources” in Fall Xbox One Update 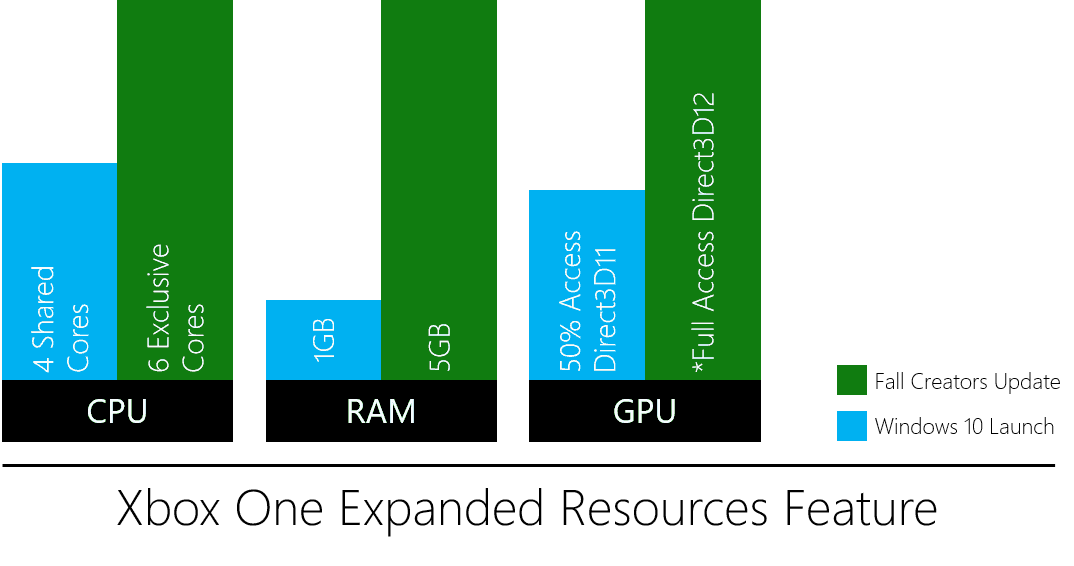 Last week, Microsoft took to the Build Apps Blog to showcase some upcoming features coming with the Fall Xbox One Update, to be released later this year. Developers creating UWP games for Xbox One, Windows 10, and Mobile, will be able to access expanded resources, increased performance boost, and a larger sandbox.

The news means developers will right away have access to 6 exclusive cores, 5 GB of ram and full access to the GPU when the Fall Xbox One Update ships. UWP games, including Fallout Shelter, or games in the [email protected] and Xbox LIve Creators Program, will have access to these resources, and gamers can expect increased performance, and much more.

As a reminder, anyone who is interested in being an Xbox One creator can enroll to do so. Microsoft is obviously listening to the needs of developers and is making the right moves to help UWP developers move their games over to Xbox One and unleash their full creativity. Let us know your thoughts on this news by dropping us a comment below!