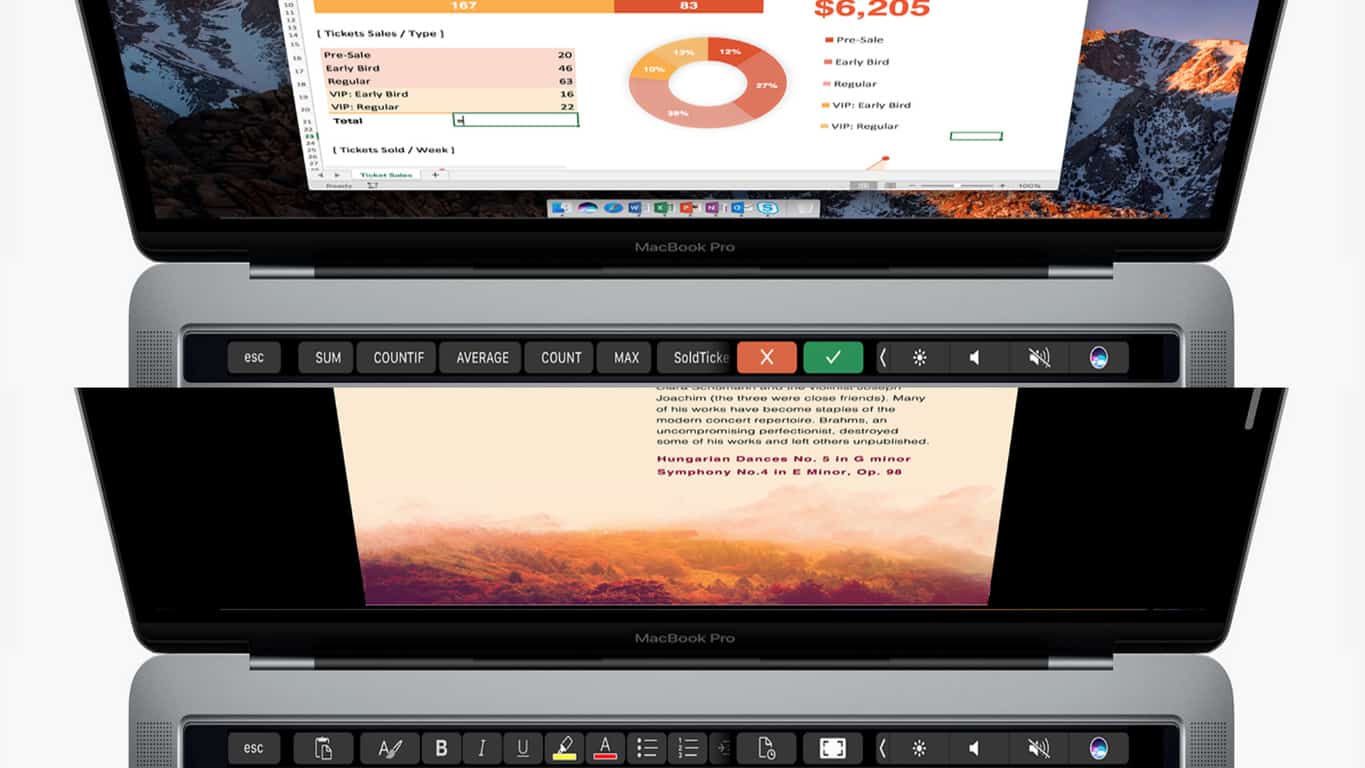 Back a few months ago, Apple announced new MacBook devices featuring a “touch bar” which allows for various multi-touch controls depending on what app is being used in MacOS. Along with that announcement, Apple also noted that Microsoft would be supporting the feature in Office for Mac in a later update. Yesterday, Microsoft gave Office Insiders a preview of this feature, as the Office team revealed that touch bar support has been added in the February Insider Slow update for Office 2016 on Mac.

The version 15.31 update which introduces the feature should be rolling out to those Office Insiders who elected to receive updates automatically. If you’re not set to receive updates automatically, you also can head to Help > Check for Updates >  Check for Updates to receive the latest update straight from the Office team.  While a bit short, for the complete details on what has changed, you can check the changelog below.

In case you missed it, our Brad Stephenson gave a quick overview of how the touch bar will work in Office 2016 on Mac. You can see an excerpt of his original story below.

In Word, the Touch Bar support will activate a new mode, Word Focus Mode, which essentially removes all of the UI from the program and focuses on the main content. Touch Bar commands in PowerPoint add a new Reorder Objects button and allow for swipe gestures to rotate objects while in Excel, the Touch Bar displays recently used functions for faster access and quick access to borders, cell colors and recommended charts. In Outlook, the Touch Bar presents the most commonly used features such as attaching a file to an email. The Touch Bar’s Today view can also display Outlook calendar events and provide a faster way to join a Skype for Business call.

Do you like that Microsoft is supporting Apple’s touch bar in Office? Have you checked out this latest Office Insider update? Let us know what you think by dropping us a comment below!