Microsoft is always improving on Windows 10 with twice a year updates, but over the past few releases, the operating system has not seen many major visual changes. Asides from touches in the user interface like a brightness slider, a new light theme, and many other subtle under the hood bug fixes, Windows 10 has kept the same clean look. One Windows 10 fan, though, has a new vision for the operating system, and it is just downright gorgeous-looking (via Reddit.)

While it is obviously easier to mock up a concept in photoshop than it is to re-code an entire operating system and put this vision to action, the concept image from Reddit user u/MrZombieKiller is still quite interesting. In the concept, we get a peek at a custom version of a revamped Start Menu that we know is coming in Windows 10X. It features some of the redesigned static Windows 10 icons, as well as a Search Bar and area for recommended documents. Even the Start button has been tweaked in the concept and it now sports the multi-colored Microsoft Logo. 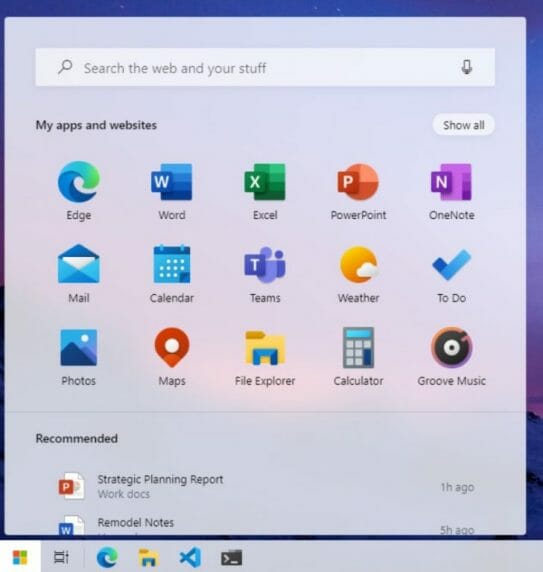 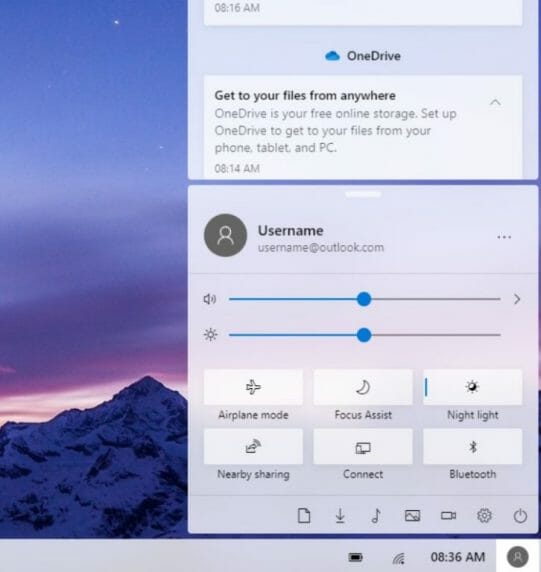 In other areas, the Start Menu in this concept no longer has any user information, links to documents, a profile icon, or the option to power off the PC. Instead, this has all been moved to the Action Center with what appears to be a “lever” which could let users pull it up when needed. The Action Center icon itself also is tweaked in this concept and is now summoned by the user’s profile picture. Accordingly, other elements from the system tray have been removed, and pushed up into the Action Center “lever.” Notifications in the Action Center, though, largely remain the same, and we still have the “toast” tiles” which have been Windows 10’s hallmark feature.

This concept might offer up a brave vision for what one fan’s version of Windows 10 20H1 will look like, but it is obviously just a concept and will never come to life. Microsoft is still beta testing the Windows 10 20H1 update, and we do know that with Windows Insider builds becoming smaller in scope, it is almost close to being final. This all means a major UI change like this is never likely to happen, but there could be hope. Microsoft has changed the way the Windows Insider program — and the Fast Ring — works, so new features and Windows Shell elements could be coming plenty in the future.