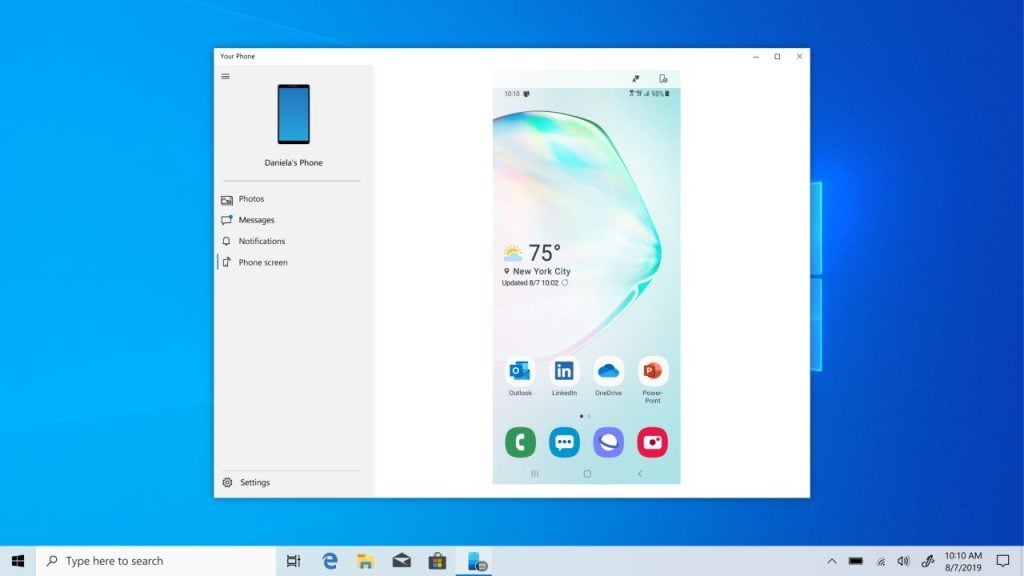 When Samsung announced its new Galaxy Note 10, it shipped the phone with a special and exclusive “Link to Windows” functionality. Users were able to accomplish the same tasks as with the “Your Phone” app but without the need for Bluetooth or a separate download. There were hints that the experience might come to other Galaxy Phones, but recently, Microsoft program manager Vishnu Nath confirmed these rumors.

Happy to announce that the Link to Windows functionality we announced as part of the Galaxy Note 10 release are now coming to the #Galaxy S10 lineup! #Samaung #Microsoft https://t.co/dj7npsGnPL

The “Link to Windows” functionality will be coming as part of a software update to the Galaxy S10e, S10, S10+, and S10 5G. Unfortunately, it’s not clear when the update will come to the United States, but Samsung notes that it has already been released in select European markets on September 23.

Naturally, there’s curiosity if the “Link to Windows” feature can also come to older Galaxy Phones, including the Note 9, or Galaxy S8, but Vishnu Nath confirms that there’s nothing to announce as of yet. He instead assured users that Microsoft is working to bring the feature to more devices soon. It would also appear as though that there are some limits on the technology, as Nath said in the below tweet.

It requires access to the device that a "normal app" can't provide. We also go through significant co-engineering and validation with Samsung to ensure a quality experience.

In addition to the “Link to Windows” functionality, this software update also brings the Samsung DeX for PC experience on the Galaxy S10. Users will be able to launch Samsung DeX on their PC or Mac simply by connecting their Galaxy S10 to their computer via USB cable.