Did Microsoft showcase too many Windows 10 features that were not fully baked during its latest annual developer conference? After Joe Belfiore recently confirmed that the new Timeline feature won't ship with the Fall Creators Update, many were wondering if the amazing Story Remix demo that Microsoft gave us at Build 2017 would be ready for the next major Windows 10 update.

Story Remix is already available in preview for Windows Insiders, though its most interesting features are still missing in action. If you watched the Build keynote in April, you may remember Microsoft showcasing how to anchor written notes to people in a video, and even better, the ability to import 3D objects. In a quite impressive demo, we saw how it was possible to anchor a fireball to a soccer ball for pretty epic results. 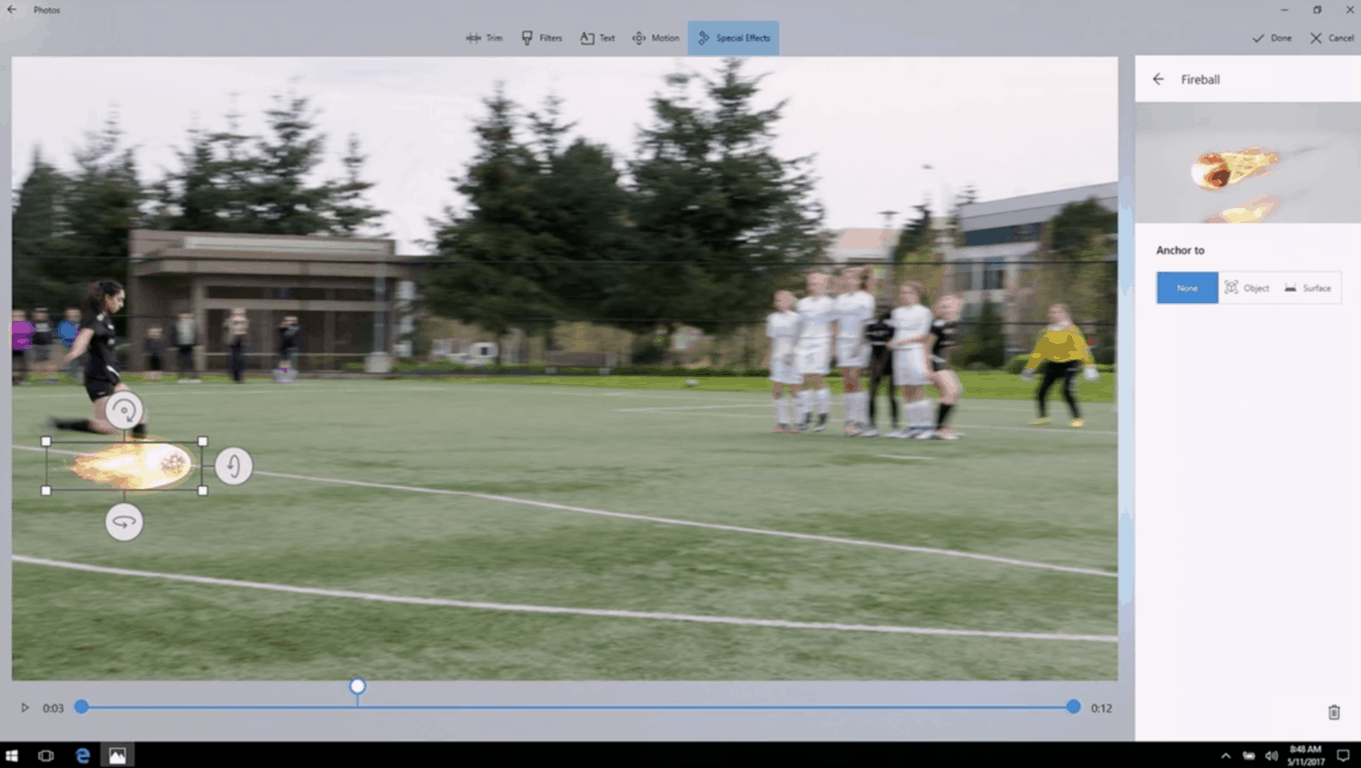 Microsoft has yet to officially confirm that Story Remix won't be feature complete with the Windows 10 Fall Creators Update, and we'll let you know if we hear anything new. With two major Windows 10 updates every year, a delay wouldn't be really dramatic, but we still hope Microsoft will be more careful to not over promise and under deliver going forward.

No new Insider builds this week due to installation bug in internal build, says Dona Sarkar