If recent Windows 10 Insider builds have been consistently bringing lots of new features to play with, we're still waiting for Microsoft to deliver some of the most exciting stuff we've seen during Build 2017. Unfortunately though, it seems that the new Timeline feature that Joe Belfiore introduced during the annual developer conference won't be ready for the upcoming Fall Creators Update.

The exec himself confirmed the bad news on Twitter earlier today, adding that the feature should make an appearance in post-Fall Creators Update Insider builds:

Correct. Timeline won't be in the Fall Creators Update. We're planning for it to be in early insider builds shortly after FCU is out.

For those unfamiliar, Timeline was presented as a powerful extension of the existing Task View feature on Windows 10: instead of just letting you see all your opened apps on your PC, Timeline will give you an overview of all the apps running on all your other Windows 10 PCs as well, but the feature will also integrate with some Microsoft apps running on iOS and Android devices. From what Microsoft showed us at Build, the timeline view has been designed to help you pick up where you left off in a heartbeat. 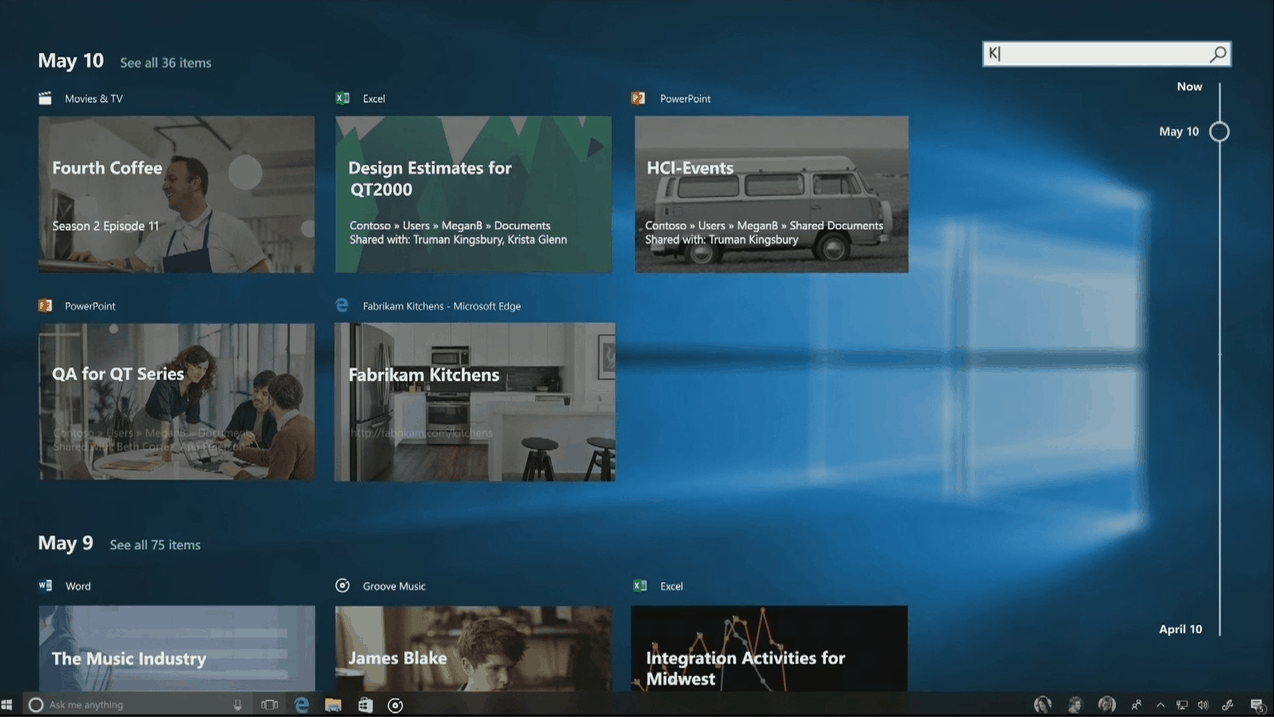 It's not the first time that a major Windows 10 feature has been delayed: as you may now, the My People feature which is currently available for Windows Insiders was initially expected to ship with the Creators Update earlier this year, but Microsoft later changed its plans.

The Redmond giant is now committed to deliver two major Windows 10 updates every year, which puts a lot of pressure on Microsoft to innovate with its desktop OS (as a comparison, Apple only releases one major update for macOS every year). We'll see if Head of the Windows Insider program Dona Sarkar shares more details about the Timeline delay in the coming days, but in the meantime let us know in the comments if you're disappointed by this news.