Star Wars Battlefront II's update for September is now live on all Xbox One consoles. This major update adds six new appearances for Clone Troopers based on the 91st Mobile Reconnaissance Corps and 104th “Wolf Pack” Battalion and also introduces a new squad system for an improved multiplayer experience between friends.

This update also changes the way online games connect to servers with adjustments to the ping sites system that will now search for nearby populated servers in addition to the user's preferred one. Matchmaking has also been improved, a variety of bugs have been squashed, and several adjustments have been made to some heroes and troopers with the most notable change being the Heavy's Ion Turret which no longer targets troopers.

The Star Wars Battlefront II video game is set to receive significant updates on a monthly basis going forward. The October update will see the addition of General Grievous and November will focus on the addition of Obi-wan Kenobi, the planet Geonosis, and several more trooper skins. 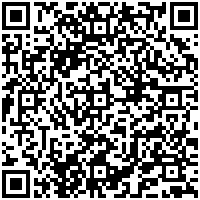