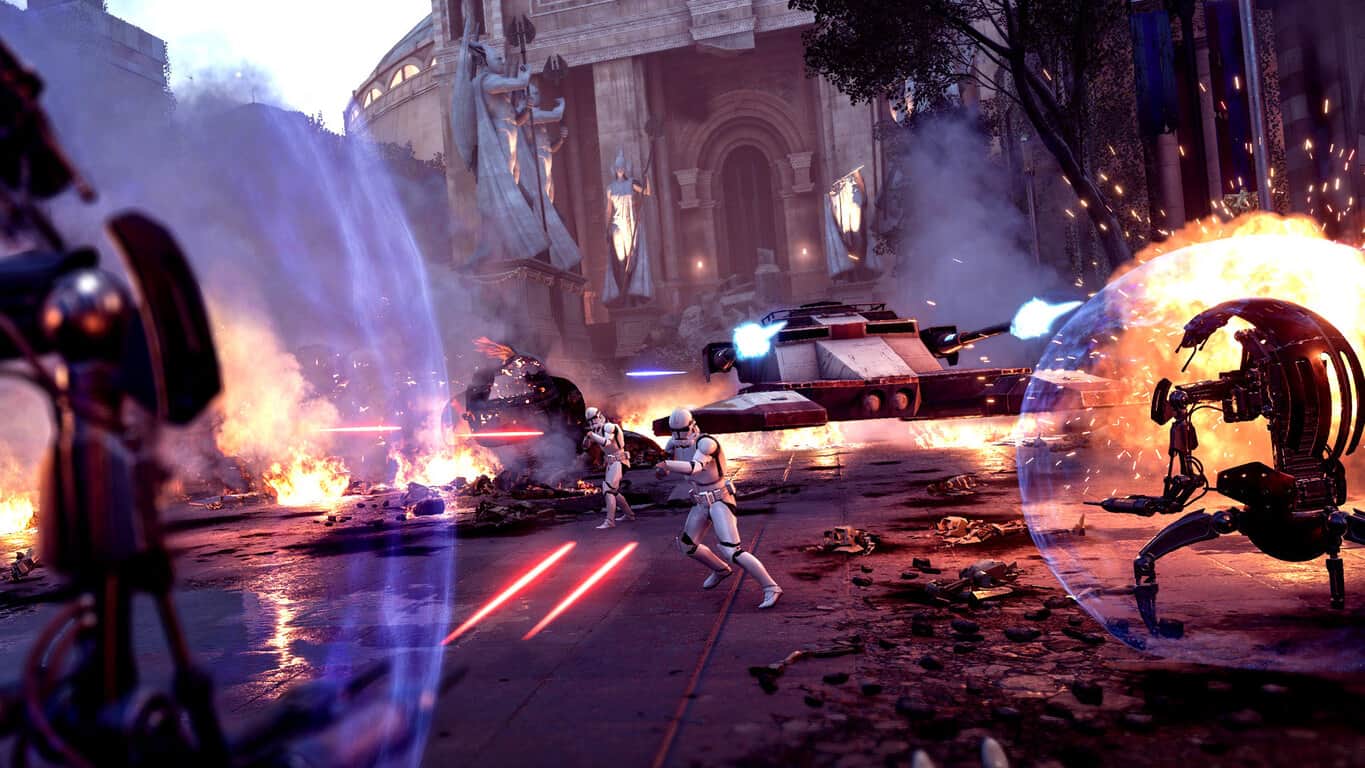 EA released this month’s Community Calendar for their Star Wars Battlefront II video game yesterday and, while the calendar was mostly about extra XP and limited special mode events for the month of August, special mention was made of Gamescom for August 20th through to the 25th.

Few details were revealed but it does confirm that new information on future Battlefront II content will be announced at Gamescom. A content update is confirmed for this month but the specifics of what this update will add to the game, if anything, have yet to be announced. Given the timing of this news drop, it’s likely some of this content could be revealed by EA at Gamescom.

The future of the Star Wars Battlefront II video game has been shrouded in secrecy. Besides the planet of Felucia, which was announced a few months ago, and the promise of at least one more offline mode, nothing else has been confirmed.

Sound files referencing the characters Padme and Ahsoka were found in the game several months ago so it’s possible that the addition of these two characters could be part of the content reveal. Their addition would definitely make a lot of sense given the new season of The Clones Wars that’s set to debut on Disney+ later in 2019. Content relating to The Mandalorian and Star Wars Episode IX: The Rise of Skywalker would also make a lot of sense.

In addition to the Battlefront II news, EA is also expected to unveil the next game in the Need For Speed franchise during Gamescom after the company’s CEO, Andrew Wilson, teased its reveal during a recent earnings call.

Are you looking forward to any specific announcements or reveals from EA during Gamescom this month? Share your thoughts with the community in the comments below and then follow us on Pinterest for more Xbox gaming content.