Someone made an Xbox One controller table and it's awesome

An Xbox One fan has just created a table inspired by the video game console’s controller and it’s getting a lot of buzz online right now. The table, which can be bought on Etsy for just a little over one and a half thousand dollars, isn’t just a flat table in the shape of the Xbox One controller. This table includes indents that resemble the ones on the real thing as well as three dimensional buttons and joysticks that stick up and act as some sort of mini-tables. 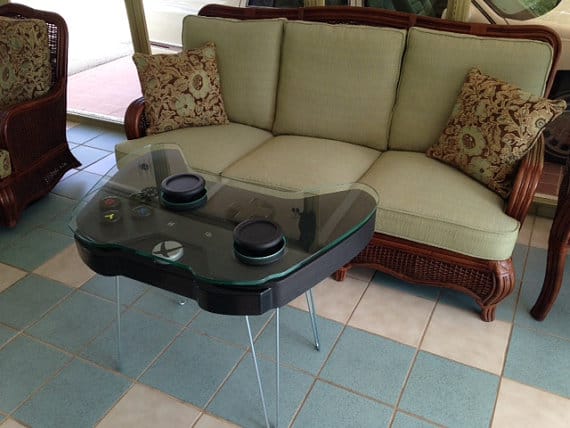 As with most other fan-made products, this Xbox One controller table isn’t officially licenced and will understandable have its Etsy product page taken offline as soon as Microsoft gets wind of its existence. Still, the design shown in its creation is fairly impressive and deserves some recognition. What do you think about this table? Would you buy it? Share your thoughts with us in the comments below.

Xbox One update makes downloads up to 80% faster