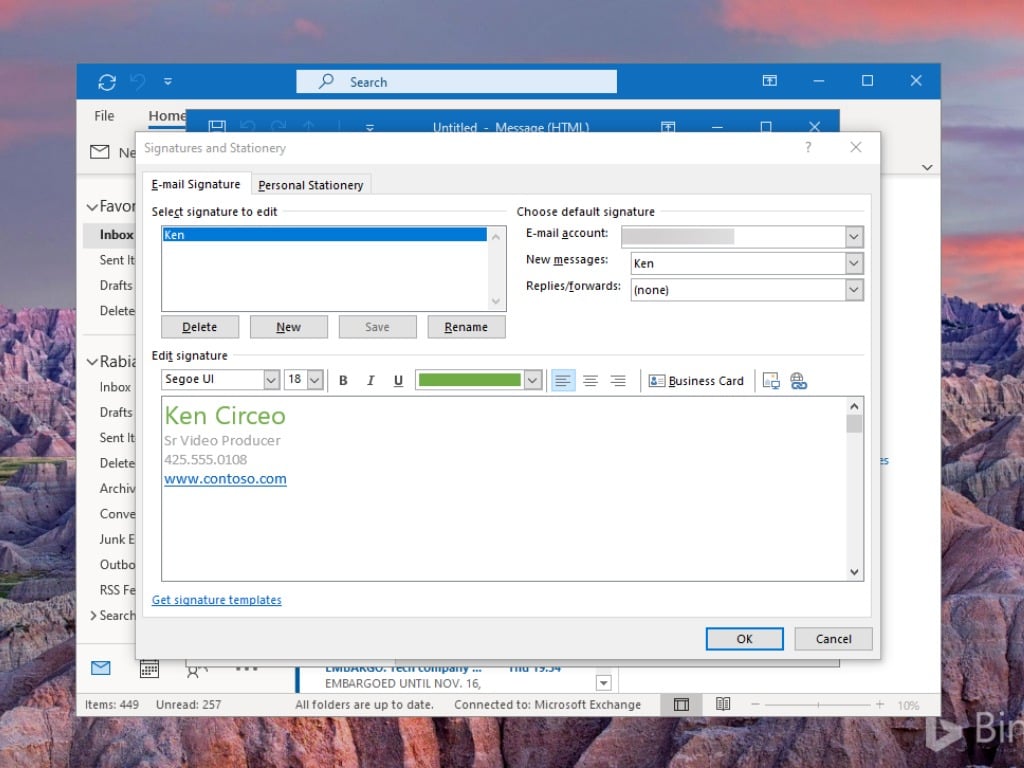 In May, we learned that Microsoft is working to bring cloud support to Outlook for Windows email signatures. The feature has been delayed several times and it's now scheduled for December 2020, according to the Microsoft Outlook Roadmap.

However, it appears that users will soon have an option to configure an email signature and have it saved in the cloud. This one comes from ZDNet’s Simon Bisson, and according to his tweet, the feature is already rolling out. In addition, Richard Hay also spotted roaming signature settings on his Windows device.

Until now, email signatures are stored locally on Windows devices, and users have to configure the signature settings manually every time they install their email client. With this feature, email signatures will be saved inside the user's Microsoft 365 account.

Roaming signatures can be easier to manage because it will allow users to set up their account once, and new installations of Outlook will have their signatures. The new experience should enable them to have a consistent signature across devices. Since the feature is turned on by default, be aware that third-party add-ins that provide this functionality will no longer work on your PCs.

At launch, Outlook for Windows is the first one to get the cloud signature support, and Outlook for iOS and Android will get this capability at later dates. You can read more about the feature in this support article. Have you spotted this feature on your PCs? Sound off in the comments section below.