Report: Microsoft’s Surface All-in-One is real, and headed for the living room

We reported yesterday that suppliers were hinting at a possible Microsoft Surface All-in-One (AIO) device coming some time in the future. We took the report with a huge grain of salt, given the number of rumors that swirl around technology generally and the Surface line specifically, but according to Windows Central there could be some truth to this one.

Windows Central cites an unnamed source that generally confirms yesterday’s Digitimes report while providing no specifics on timing or the hardware itself. It does seem that the timing of Intel’s Kaby Lake process is impacting the AIO’s introduction as it is the next generation of Surface devices specifically.

According to Windows Central:

We can also add to the original report that the company is positioning the Surface AIO for the living room. The device is evidently targeting a “modern and elegant” design and is meant to be something akin to a premium appliance or furniture.

Unfortunately, any details about specifications and the Surface AIO design are not known at this time.

That’s not a lot to go on, but the opportunities for an interesting living-room centric AIO design are intriguing. It’s possible to speculate on all sorts of machines, from a traditional AIO design that incorporates the guts of a PC into a monitor-like device that supports Surface Pen and swivels to a horizontal screen for design and handwriting, to something that mounts on the wall like a Surface Hub and uses the same kind of sensors to enable more consumer-based collaboration and computing resources.

Windows Central highlights Microsoft’s PixelSense technology as a possibility for the new AIO. PixelSense was the technology that Microsoft acquired some time ago and that was originally conceived for a sort of coffee-tablet configuration with a touchscreen and full computing capabilities. As we reported on the “Surface 2.0” concept (not to be confused with today’s Surface devices):

Consider the following video regarding PixelSense for an idea of what a new Microsoft AIO could look like: 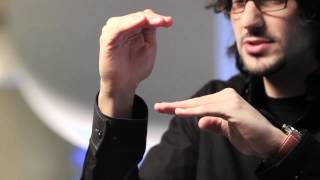 The Power of Microsoft® PixelSense™

We reported yesterday that suppliers were hinting at a possible Microsoft Surface All-in-One (AIO) device coming some time in the future. We took the report with a huge grain of salt, given the number of rumors that swirl around technology generally and the Surface line specifically, but according t

Is this where Microsoft is headed? If so, then the company could be looking to do for the living room what they did for mobile computing by creating a new, much more robust 2-in-1 market with the Surface Pro and Surface Book lines. If Microsoft is being this aggressive with something like an AIO, then it would also bode well for the potential of an exciting Surface Phone offering sometime in 2017.

We’re excited about this development, not just because of the AIO device itself but because it illustrates that Microsoft may not be turning itself into just a boring enterprise solutions company, but really does continue to look towards a future where they’re a bigger player in consumer technology. Let us know in the comments if you agree with our excitement.