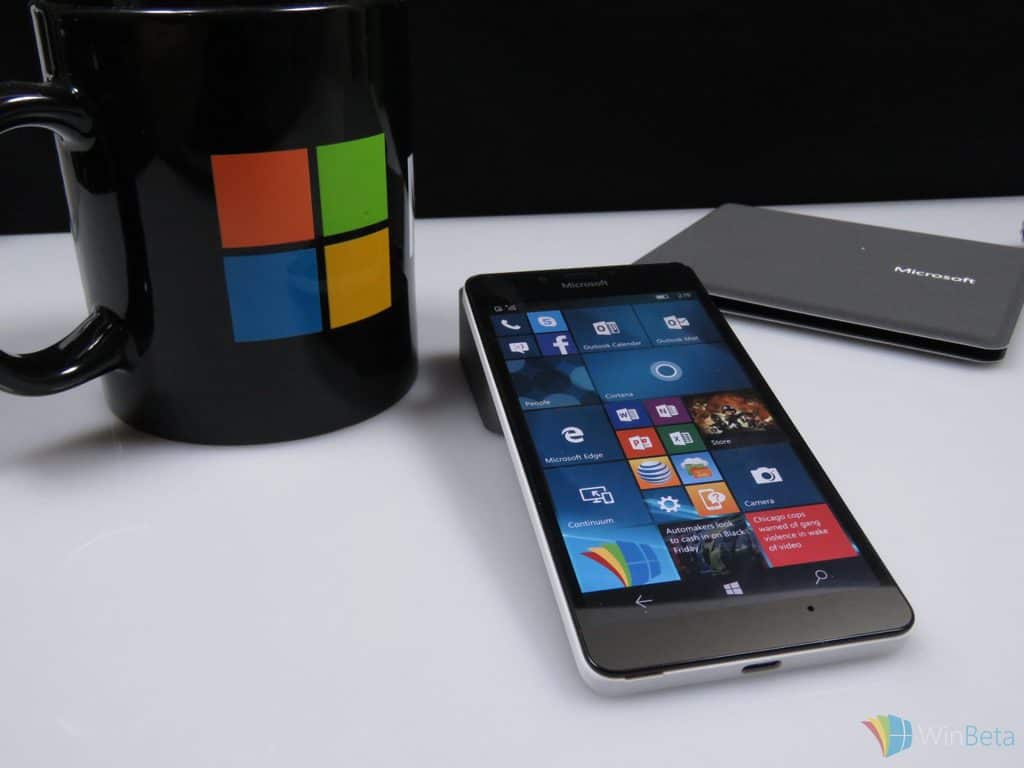 AdDuplex has released today its latest Windows Devices Statistics Report for the month of December, which is based on data collected on December 19. As usual, the cross-promotion network for Windows Phone and Windows Store apps and games collects its data from around 5,000 apps running AdDuplex SDK v.2 and higher.

"This month, we take a look at the year-end snapshot of Windows 10 Mobile phones in use, what Black Friday did to the PC manufacturer and phone charts, and whether Surface Studio made a dent in the Surface product line usage," announced the company.

Looking at Windows 10 Mobile devices in the US, AdDuplex noted that Black Friday sales likely had an effect on sales as Microsoft’s Lumia 650 and 950 have now outranked the nearly two years old Lumia 640 in the country. As for third-party manufacturers, the Alcatel Idol 4S moved from #16 to #13 while the slightly older and more expensive HP Elite X3 moved from #19 to #18.

As for the worldwide market share of "native" Windows 10 Mobile handsets, AdDuplex noted that Microsoft’s fifth generation Lumia handsets claimed a 97.5% market share this year, with the Lumia 550 being the most popular model. As Microsoft is rumored to end production of its Lumia handsets this month, AdDuplex added that "this could be the very last meaningful snapshot of the Windows 10 ecosystem as we know it."

Looking at all Windows phones running Windows 10 Mobile worldwide, the Lumia 550 once again ranked first while the Lumia 640 moved past the Lumia 535 to reach the second place. "All of the Windows 10 era Lumias (except for 550) have grown their percentage shares," added AdDuplex.

Globally, only 16% of Windows phones are running Windows 10 Mobile, which is still very low compared to the market share of Windows 10 on PCs. However, more than 92% of the user base are running the Anniversary Update or a Redstone 2 build.

On the PC side, 87% of the Windows 10 user base (as reported by apps running AdDuplex ads)  is now running the Anniversary Update or newer. Interestingly, only 0.7% of users are running a Redstone 2 build on their PC, which is significantly lower than what AdDuplex observed on the mobile side. Remember that we’re looking at a much bigger PC user base though.

As for Windows 10 PC manufacturers, AdDuplex noted that HP is still number one with a 23.4% market share. But while Microsoft claimed a 2.5% market share this month, the company noted that the Surface Pro 4 has now surpassed its older sibling as the most popular Surface model with a 37.4% share. AdDuplex also added that the Surface Book (6.0%) should overtake the Surface Pro 2 "very soon", while the Surface Studio (0.1%) will likely remain a niche model in the coming months (it’s worth reminding that Microsoft only started to ship the first units last month).

Overall, AdDuplex's latest report shows that the state of Windows Phone didn't change a lot this year: while Microsoft scaled back its mobile efforts, Lumia handsets still remain the most popular Windows phones worldwide, leaving third-party manufacturers on the sidelines. And with only 16% of Windows phones running Windows 10 Mobile worldwide at the end of 2016, it's still hard to see imagine Microsoft and its partners will manage to turn things around next year.