Remember the original Xbox dashboard? Major Nelson looks back - OnMSFT.com Skip to content
We're hedging our bets! You can now follow OnMSFT.com on Mastadon or Tumblr! 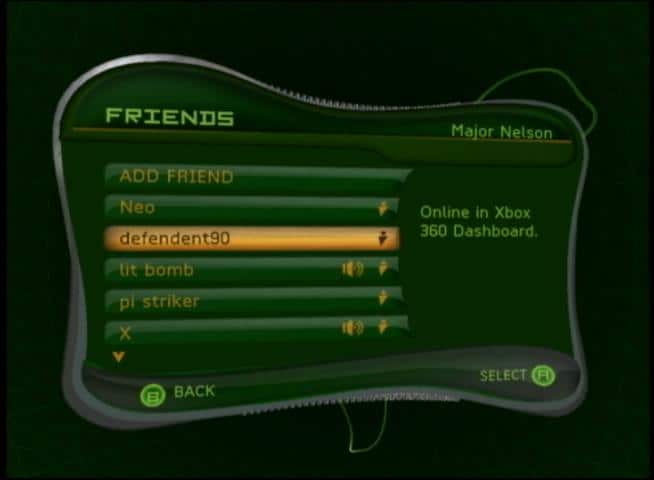 As the Microsoft’s Xbox One gaming console enjoys some well-deserved momentum the last few months, the original Xbox celebrates its 15th birthday today.

Over its nine years of retail availability, the first Xbox lacked the same mainstream success as its Xbox 360 successor, though it seems that some of Microsoft ideas were definitely forward looking at the time such as the x86 architecture, the global shape of the Xbox controller and the Xbox Live online gaming service.

Today, Xbox’s Major Nelson shared a couple of images of the original Xbox dashboard focusing on the Xbox Live experience, and just a week after Microsoft introduced Clubs, Looking for Groups and more to the gaming network. It is quite fascinating to look back at the beginnings (as a reminder, Xbox Live introduced in November 2002, a full year after the launch of the original Xbox in the US)

When I joined the Xbox team 13 years ago (!) this dashboard update was one of the first projects I worked on. #15YearsofXbox pic.twitter.com/OqU2hrMyV3

In this last tweet from Major Nelson, you can watch a video recap of all the different Xbox dashboard experiences that Microsoft developed for the original Xbox, Xbox 360 and Xbox One over the last fifteen years.

I tweeted this out last year...but it's worth it again. Here are all of the major Xbox dashboards: OG Xbox, Xbox 360 and Xbox One pic.twitter.com/OWlyPj8qy9

As those of you who own an Xbox One may know, Microsoft's latest gaming console has been running an optimized version of Windows 10 since the release of the New Xbox One Experience last year, and it's safe to say that the new dashboard is a vast improvement over the previous versions.

Now with more and more UWP apps reaching the Xbox Store, better social features on Xbox Live and upcoming native support for Microsoft's Beam live streaming network, the Xbox One is also a much better entertainment device. It's a worthwhile to look back at the past, but the future is more exciting.

Watch Dona Sarkar and James Whittaker on the latest MSDevShow, talking about data