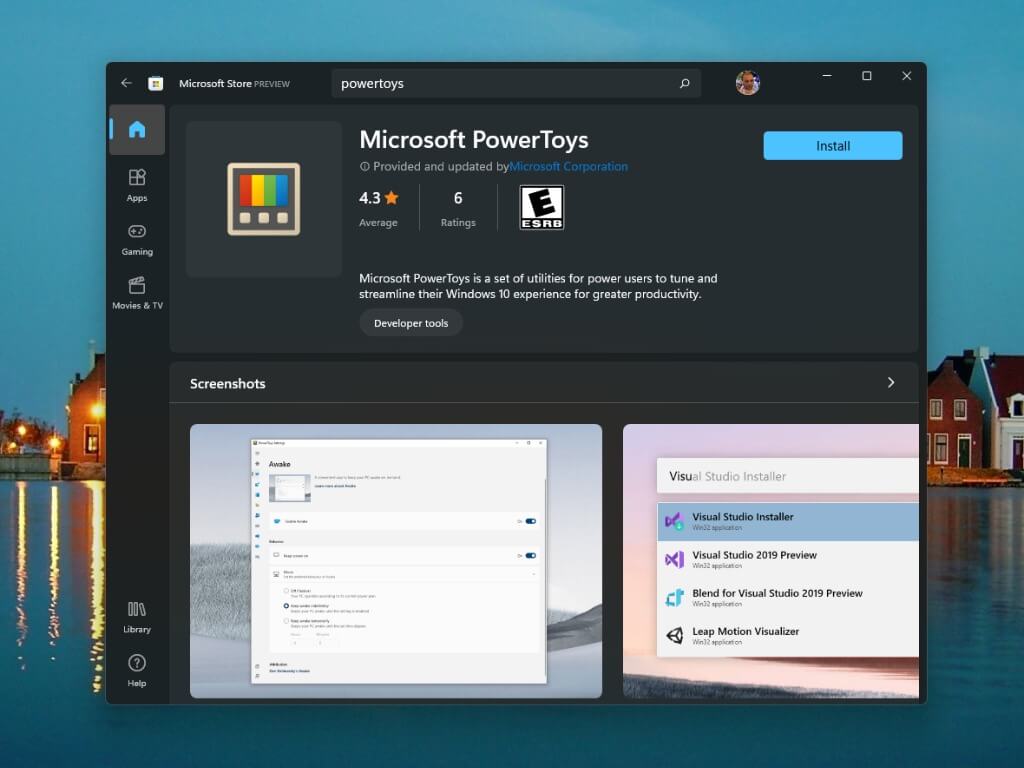 Up until now, Windows users had to download the PowerToys installer from GitHub, and there was also an option to using package managers such as Chocolatey or winget. Interestingly, the installation experience of the PowerToys app on Windows 11 is pretty much identical to the one you get from a regular installer on GitHub. However, the Microsoft Store doesn’t manage the updates for the utility, and the app will be responsible for installing the updates itself.

PowerToys is a set of free tools for power users that helps to optimize their Windows experience for greater productivity. It comes with a bunch of tools such as FancyZones, PowerToys Run, a color picker, as well as an image resizer tool. It has recently received a PowerToys Awake tool that lets users keep their PC awake as long as they need. The company is also currently testing a Video Conference Mute utility that can mute a camera or microphone on Windows PCs with a single keystroke.

Vote in our OnPodcast poll! Our next episode is about passwordless Microsoft Accounts & more