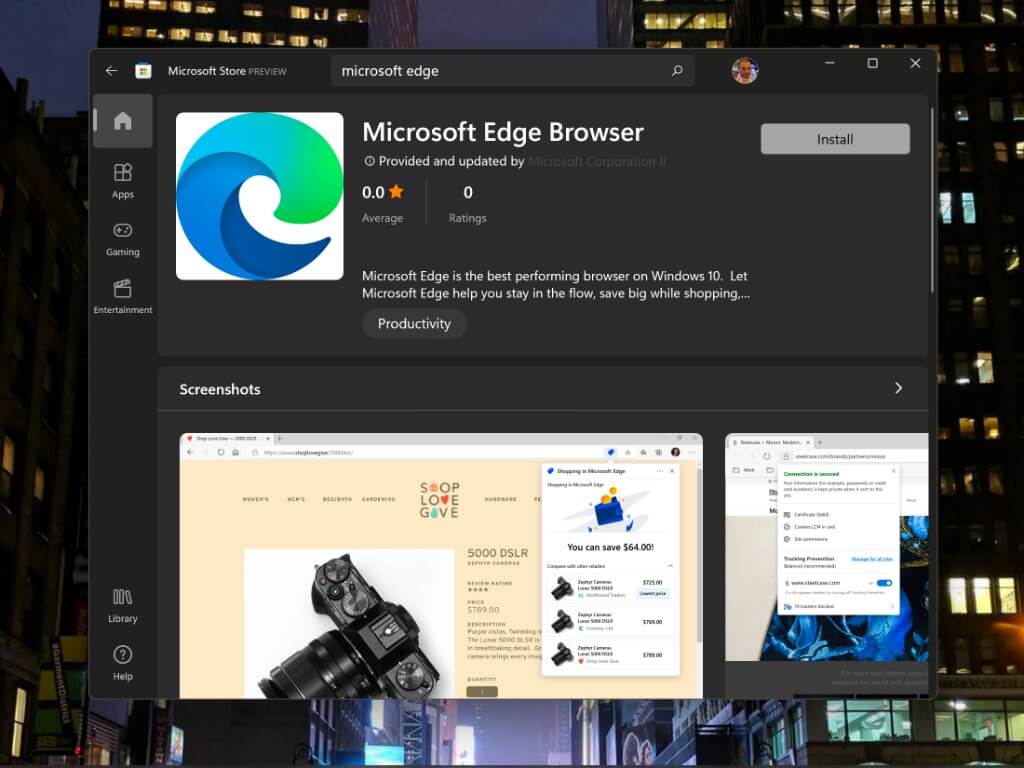 If Microsoft Edge browser now ships with Windows 10 and the first Windows 11 Insider builds that are now available for testers, the new Chromium-based web browser is now available to download from the Microsoft Store on Windows 11 as well. The app was spotted on the Store by Aggiornamenti Lumia yesterday, and the weird thing is that it’s being published by a new entity named “Microsoft Corporation II.”

It’s not immediately clear why the web browser has a separate publisher, but we tried downloading the app from the Windows 11 Store and it works as expected. This is the real Win32 app, which means that the installation experience is identical to the one you get from the .exe file you can download from the web, with a pop-up window detailing the installation progress in addition to the Microsoft Store.

When Microsoft officially announced Windows 11 last month, the company said that its new Microsoft Store would soon be welcoming "leading first and third-party apps” including Microsoft Teams and Visual Studio. The software giant didn’t mention Edge at the time, but Edge extensions are also coming to the Windows 11 Microsoft Store in addition to the existing Edge add-ons website.