Microsoft has released an update for PowerToys that comes with support for a new Awake tool, which prevents PCs from going to sleep. The PowerToys version 0.41.2 also includes a bunch of stability bug fixes, accessibility improvements, and more.

As the name suggests, the Awake tool gives users the ability to prevent their Windows 10 devices from entering sleep mode. It provides options to keep the PC awake for a specified period or indefinitely, during which the OS will not be allowed to enable the low-power state. Microsoft says that this feature is a convenient way for users to keep their screens awake on demand. 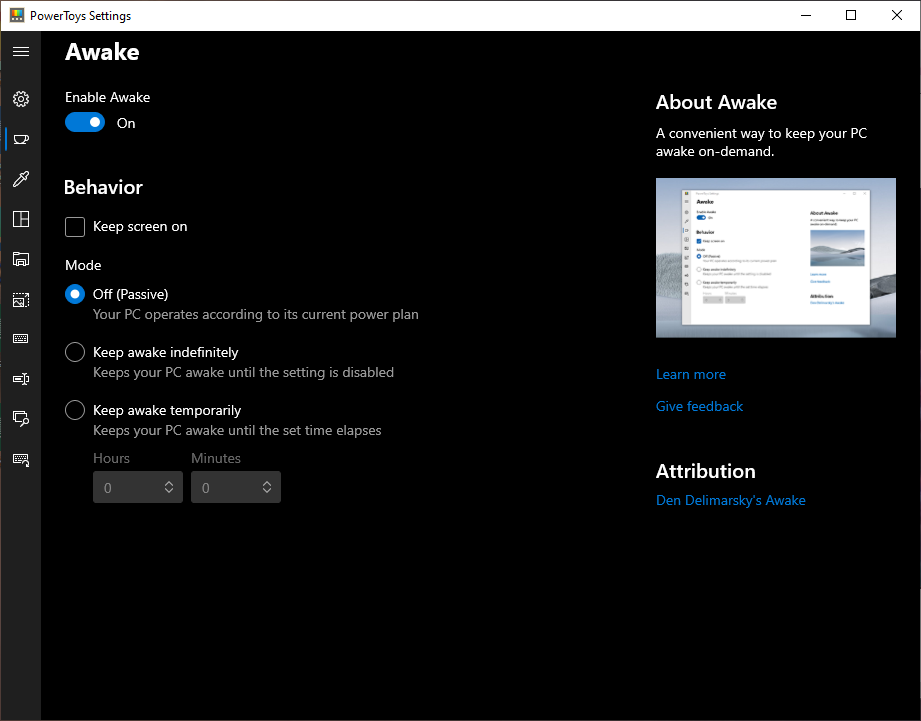 Here’s the full list of improvements and fixes in PowerToys version 0.41.2:

Just a couple of hours after this release, the PowerToys team has also released a maintenance update to address an issue where PowerToys was being incorrectly flagged as a malicious program by Bitdefender. Microsoft has advised users to install version 0.41.3 to resolve this problem.

Those interested in installing the latest PowerToys update can now head to the official release page on GitHub to download the tool. Additionally, you can also manually update the app by clicking the "Check for updates" option available on the General section.