Pickit teams up with Microsoft to replace Clipart

The days of Clipart being the butt of many software jokes may soon be coming to an end. Microsoft and Swedish aggregated image bank Pickit have entered into a collaborative partnership to provide Windows 10 and Office users high quality and content related images.

For over thirty years, clip art files have represented the most generic of generic images plugged into personal and commercial projects. Clipart images, particularly on Windows and in Office were a godsend for users before the rise of easy internet searching, but an eye sore for anyone growing up in the age of matured internet browsing.

However, as more users became computer savvy and search literate, Microsoft’s focus on its Clipart lessened to the point of becoming laughable at the gallery it housed. However, Microsoft is putting a renewed focus on the utility and with the help of PicKit, users should see an improvement in the built-in image search capabilities of Office as well as rise in the quality of images at their disposal with a Windows 10 app.

Pickit will take the role of the leading image provider within both Windows and Microsoft Office applications, opening up the world’s largest photo market of 1.2 billion customers, all of whom are in need of images.

Pickit makes the sourcing of presentation images easier, faster and more inspiring. Rather than trawling search engines for photos where the original owner never gets credited or paid for their image, Pickit offers a genuine alternative that rewards photographers for their creative efforts.”

The Office Add-in for Pickit is now live as well as a Universal Windows app for Windows 10 users can be found in the Windows Store. Windows 10 and Offices users can now say goodbye to the generic handshake image or the collection of shadow people used to represent a group of business employees. 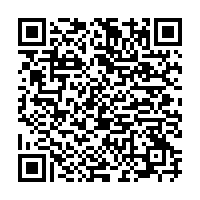