New Xbox One S Fortnite Special Edition bundle to launch on June 7th, along with Xbox “greatest deals of the year” sale 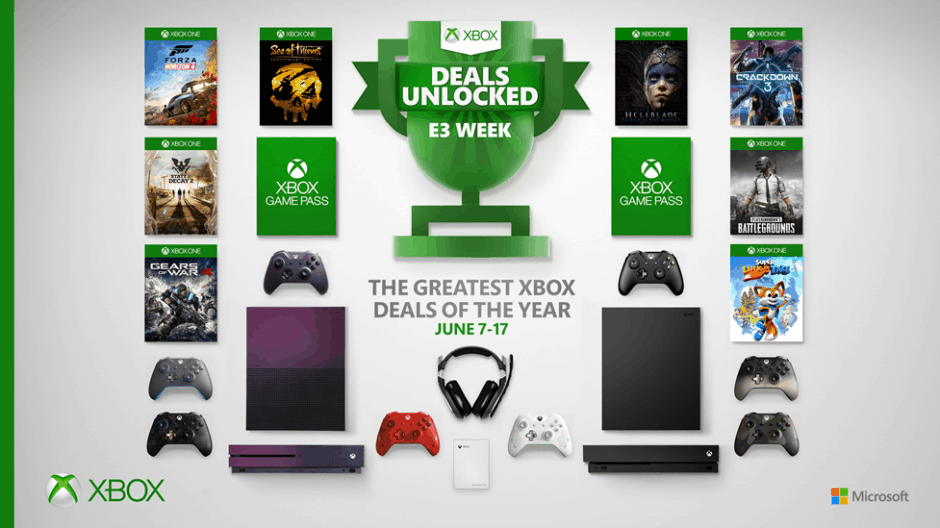 The new Xbox One S Fortnite Special Edition bundle leaked a couple of weeks ago, but Microsoft has finally made it official. The purple-colored console and matching controller will launch on June 7, along with the just-announced Greatest Xbox Deals of the Year sale.

Just ahead of E3, this massive sale will offer big discounts on Xbox bundles, including $100 off Xbox One X and $50 off the aforementioned Xbox One S Fortnite Special Edition Bundle. The $249 Xbox One S All-Digital Edition that Microsoft launched last month will also be $50 off, along with other Xbox One S bundles. All these console discounts will be available at the Microsoft and participating retailers from June Friday, June 7 to June 17.

Microsoft has continued to launch cool-looking new Xbox Wireless controllers over the past couple months, and for a limited time you’ll be able to Save $10 on black, white, special edition and limited-edition Xbox Wireless Controllers. If you prefer to design your own Xbox Controller, be aware that Xbox Design Lab controller will also be available starting at $64.99.

As you can expect, the Greatest Xbox Deals of the Year will also offer lots of Xbox games at a discounted price. We don’t have the full list yet, but Microsoft mentioned up to 75% discounts on a list of games that will include recent titles such as such as Mortal Kombat 11, Sekiro: Shadows Die Twice, and Tom Clancy’s The Division 2. We’ll share more details about the Xbox game sale once Microsoft publishes the full list of discounted games.