Xbox One S All Digital Edition will reportedly come with a 1TB hard drive and three games, with a possible May 7 launch

Microsoft is launching a disc-less version of its Xbox One S console this Spring which could be the most affordable Xbox One console ever. Windows Central previously revealed that the console would be named “Xbox One S All-Digital Edition,” and the reputable blog is reporting today that the console could be announced in April with a possible May 7 launch.

Windows Central has also seen the box for the new Xbox One S All Digital Edition, and they published the following mockup today. “The product shots we received seem to indicate that it will come with a 1TB HDD and with Forza Horizon 3, Sea of Thieves, and Minecraft digital codes bundled into the box. It doesn't look as though it will be bundled with Microsoft's Netflix-like subscription service for games, Xbox Game Pass,” the report says. 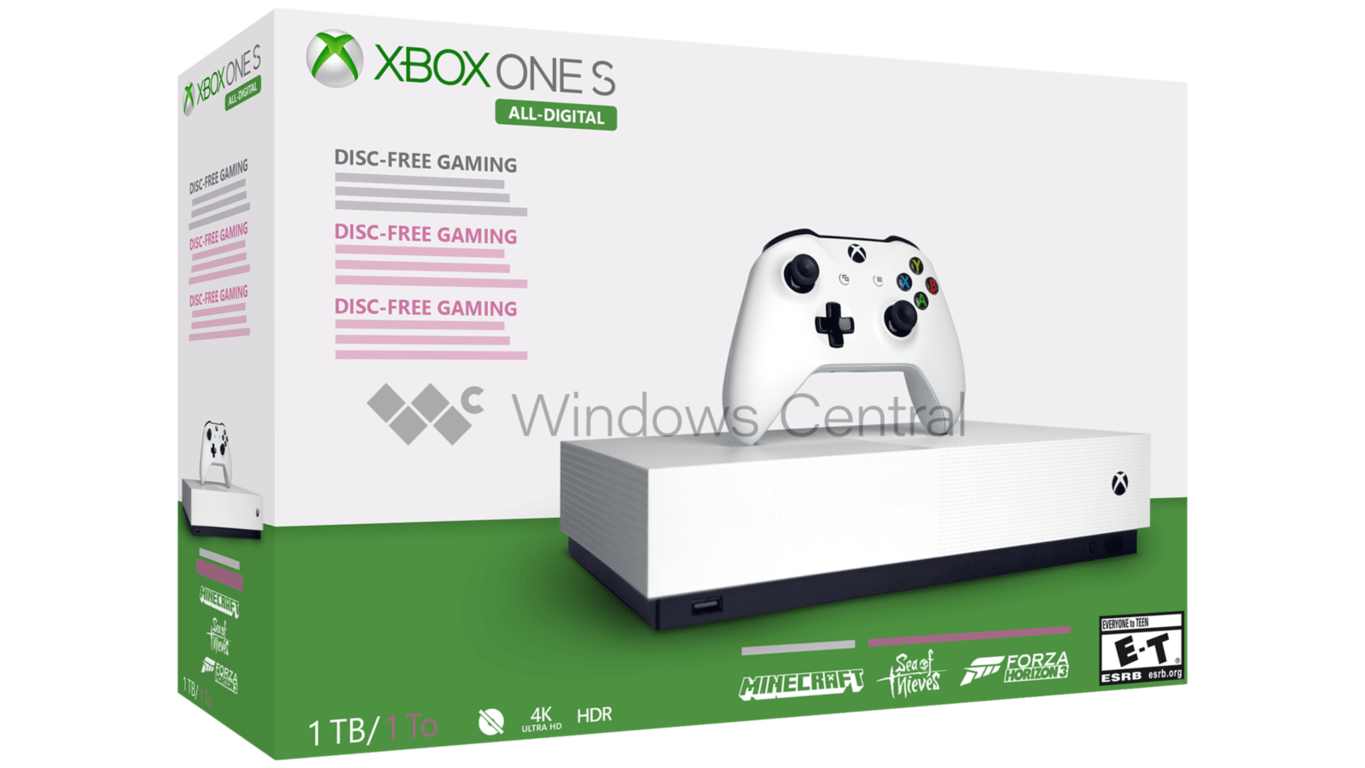 If this mockup is accurate, it looks like this disc-less version of the Xbox One S will keep the same design but in a slightly smaller form factor. The Xbox One S is already one of the best-looking consoles on the market, so Microsoft is probably right not to deviate from a winning formula.

Pricing for the Xbox One S All Digital Edition is still unknown, but Microsoft may well use the next Inside Xbox episode in April to officially announce the new console. That's not the only new Xbox hardware that the software giant could reveal this year, as the next-gen "Scarlett" consoles could also be a big part of Microsoft's E3 2019 conference.

Digital pre-orders open for Power Rangers: Battle for the Grid on Xbox One and it looks really fun