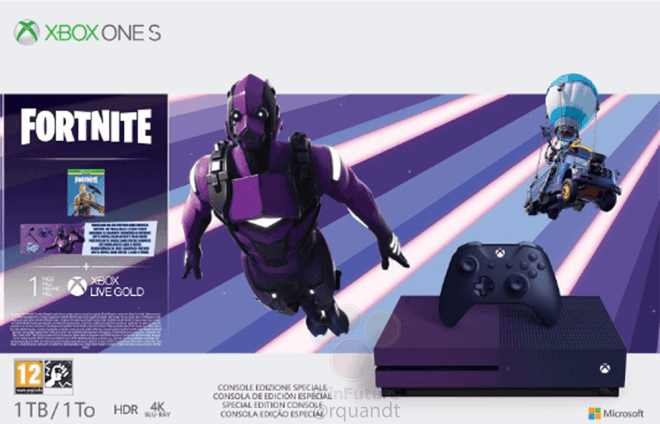 A new Fortnite limited-edition Xbox One S console is in the pipeline and could be launching soon. Roland Quandt from the German blog Winfuture.de managed to get a picture of the packaging, revealing a purple-colored console with a matching controller.

It’s been quite some time since Microsoft unveiled a limited-edition Xbox One S, though you may remember the custom-designed Gears of War 4 console that launched ahead of the game’s release in October 2016, as well as the Xbox One S Minecraft Limited Edition Bundle that was released a year later. Microsoft is no longer selling these limited edition consoles, so it’s nice to see that a non-white Xbox One S will be available soon.

The Xbox One S Fortnite Limited Edition will reportedly be priced at $299.99 in the US, and it will come with special goodies for Fortnite fans. In case you missed it, Microsoft also released the disc-less Xbox One S All Digital Edition on May 7, though the $249 pricing for the less versatile hardware received lots of criticism right after the official announcement.