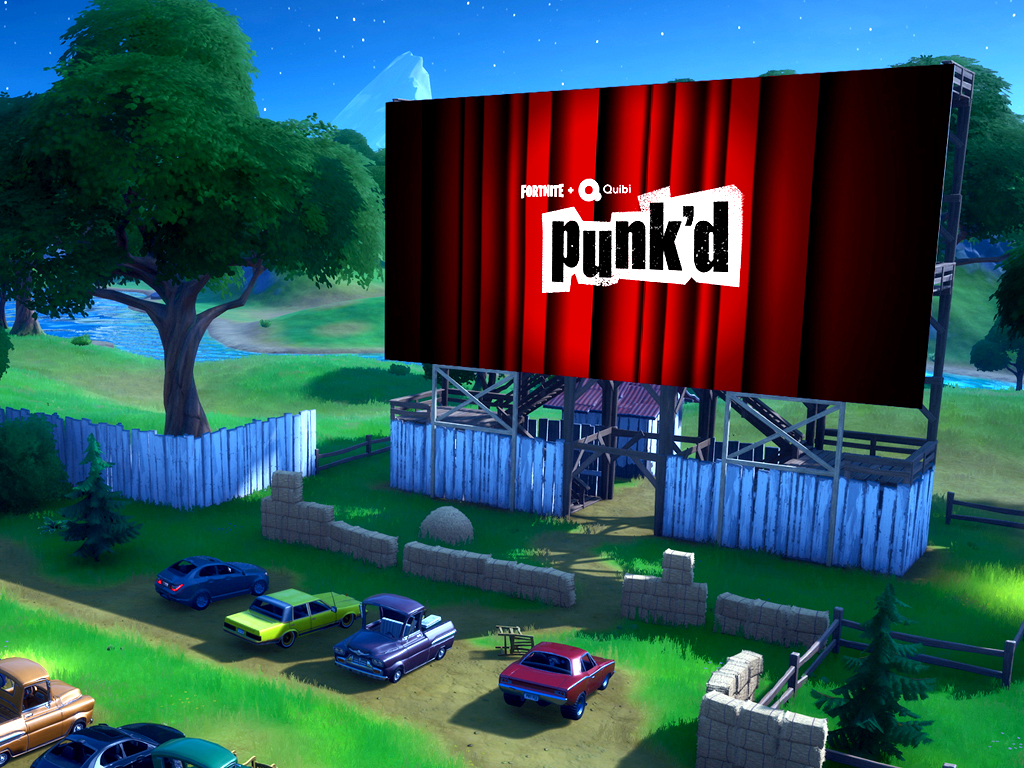 Quibi just launched this month but it’s already about to do some major cross-promotion with the insanely popular video game, Fortnite.

Announced via the official Quibi Twitter account, the new streaming service will be showcasing one of its shows, Punk’d, within the Fortnite game’s Battle Royale map at the Risky Reels drive-thru theater location during the next 24 hours.

This will be an interesting event for Fortnite as it’s currently in the middle of a Deadpool promotion as well.

Quibi is a new mobile-focused streaming service that works in much the same way as Netflix and Disney+ but features programming designed with smartphone screens in mind. Most show episodes are only 10 minutes long and each one can fill the screen no matter which orientation the device is held in.

Interested in trying it out? Quibi is currently giving all new viewers who sign up before April 30th a 90-day free trial.

Are you going to check out this latest Fortnite event? What do you think about Quibi? Let us know in the comments below and then follow us on Pinterest for more geek content.