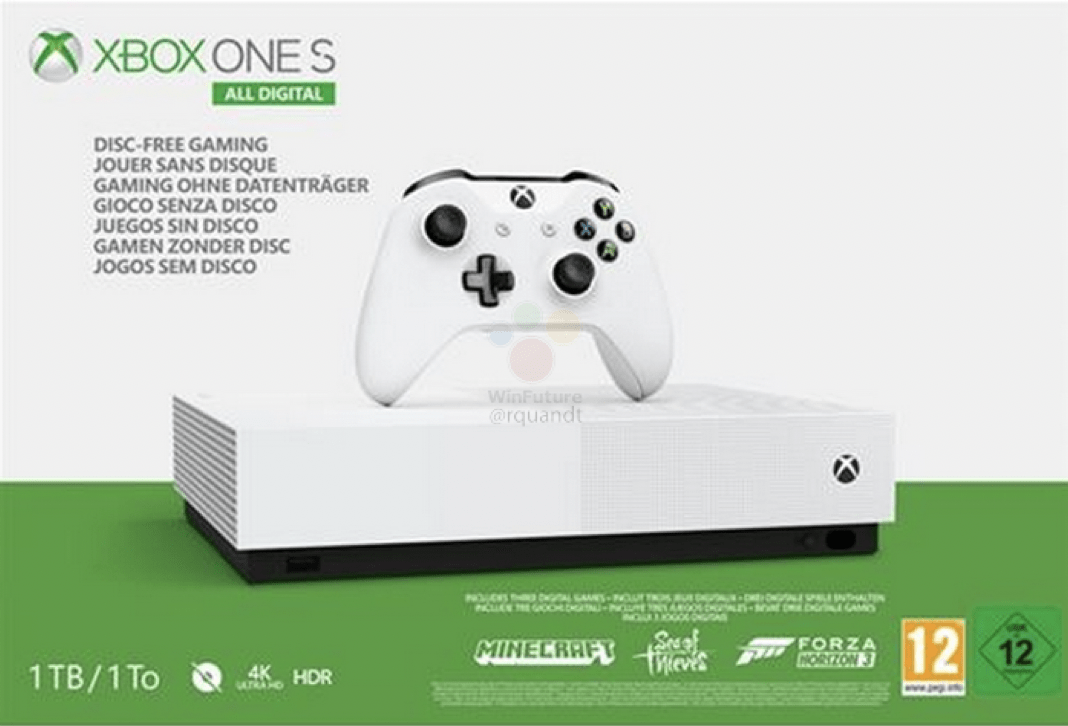 Microsoft is usually pretty good at keeping Xbox secrets, but we now have a good picture of what the upcoming Xbox One S All Digital console will look like. Windows Central previously shared a mockup of the official packaging, but Roland Quandt from the German blog Winfuture.de published two pictures of the retail box today.

This is the #Xbox One S All Digital: https://t.co/CqYYEkJEjl pic.twitter.com/hVWjkT1D3d

This latest leak also confirms the May 7 release date we’ve heard before, but there’s also some exclusive pricing information. The Xbox One S All Digital console will be reportedly be priced at €229.99 in Europe, which roughly equals $260. If true, that’s a bit expensive for a console with no disc-drive, especially since the standard Xbox One S with its 4K Blu Ray player can often be found at $250 or less when it’s on sale.

This new report also confirms what we knew about this disc-less version of the Xbox One S. The design of the console will be pretty much unchanged except the missing Blu Ray player, and it will also come with a 1TB hard drive. The console will also ship with three games, Sea of Thieves, Minecraft and Forza Horizon 3.

Microsoft is expected to officially unveil its Xbox One S All Digital console on April 16 during the Inside Xbox livestream, and the company may also use this opportunity to unveil a new Xbox Game Pass Ultimate subscription that will combine the game subscription service with Xbox Live Gold.