Microsoft’s recently-released-and-taken-down-quickly Twitter chatbot Tay seems to not have learned its lesson in decency, as it got pulled again after a brief reappearance on Wednesday, reports Mashable.

Tay is Microsoft’s latest attempt at artificial intelligence, especially one that  can hold a conversation. The chatbot takes after another of Microsoft’s experiments in China, called XiaoIce. With its Chinese chatbot getting nearly 40 million users and even a job, Microsoft certainly had a number of reasons to look forward to the same success with Tay. They were wrong.

Within the first day of the bot’s first Twitter appearance, the internet managed to turn it from a teenager-lingo inquisitive soul into a racist, sexist, and all kinds of offensive Twitter troll (the details of which you can check out on our earlier coverage). Understandably, Microsoft took Tay down shortly after, not forgetting to apologize profusely and promise a return of Tay with less bravado.

That return reportedly happened on Wednesday, to unfortunately disastrous results, resulting in another takedown. Here are some Tay tweet captures from Mashable, which make a good case for why Tay needs to go back home and relearn some manners.

According to Bloomberg’s newest article, featuring Microsoft CEO Satya Nadella on the software giant’s efforts in artificial intelligence, Tay is part of Microsoft’s bet on the future beyond apps–an area currently dominated by Apple and Google–and for Redmond, it’s chatbots, or more precisely, chatbots with different personalities that caters to different demographics of the society, like Tay who sounds just like a teenager. Tay’s makers seem to have severely underestimated the darker part of the internet in corrupting even artificial intelligence, however, and the result was an embarrassment.

Nevertheless, Microsoft is sticking to its guns, not just with AI and chatbots in general, but with Tay: Nadella reportedly emailed the Tay team the day after it was taken down, encouraging them to “keep pushing” using the experience as “the rallying point.” It’s not without competition as well, with Google, Facebook, Amazon and even Slack cooking up their own versions of useful bots, or handling the tools to developers like Telegram. Microsoft clearly has the lead with XiaoIce’s millions of users, however; the important point lies in whether the company will be able to build upon this momentum to reposition itself as a leader in the new age.

In fact, Microsoft will reportedly be showing off its prowess in bots building in its Build 2016 conference for developers happening today, March 30 in San Francisco in just a few hours or one, with several bots and programs that work with tasks through discussions, as well as developer tools and templates for bot-making. The event will be a chance for Nadella to showcase his vision–“conversation as a platform” in the man’s own words–while also wiping away Tay’s tarnished reputation. 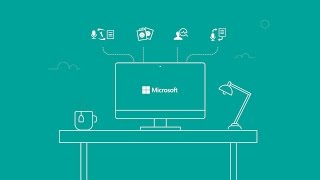 Microsoft's recently-released-and-taken-down-quickly Twitter chatbot Tay seems to not have learned its lesson in decency, as it got pulled again after a brief reappearance on Wednesday, reports Mashable. Tay is Microsoft's latest attempt at artificial intelligence, especially one that  can hold a co

How the bots will work on paper sounds like the invasion of Clippies, with them popping everywhere to assist users with mundane tasks. Nevertheless, Microsoft certainly believes in its vision, and therein also lies the hope of re-sparking developer’s enthusiasm for Windows software. Stay tuned for our coverage of Build to see Microsoft’s new chatbot future, as well as many other awesome things.