Microsoft has been on a mission to redesign some of the icons across some of its most famous programs. We’ve already seen new icons for Word, Excel, and PowerPoint, and now it would appear as though the company’s Chromium-based Edge browser is finally getting a new icon that frees the app from Edge and Internet Explorer’s past.

Seen in the featured image above, and as reported by The Verge’s Tom Warren, this new icon is shaped like a lowercase “e.” It is also similar in appearance to a wave and features blue colors on the bottom and greens at the top. It’s not clear what Microsoft’s reasoning was behind choosing this new icon, or if it’s official as of yet, but it can be assumed that there’s a subtle reference to “surfing” the web.

The reveal of this icon was apparently part of a mini-game and easter egg hunt set forth by Microsoft within the Edge Canary version of the browser. Clues were posted on Reddit last week, and Microsoft employees also participated by posting additional clues on social media. As Tom Warren explains:

It all led to a series of words discovered in seven clues, which were then inputted into a Javascript function on Microsoft’s Edge Insider website. This reveal which words needed to be pulled from a video for the final instructions to discover the secret surfing game (edge://surf/) and the new logo when you complete it. 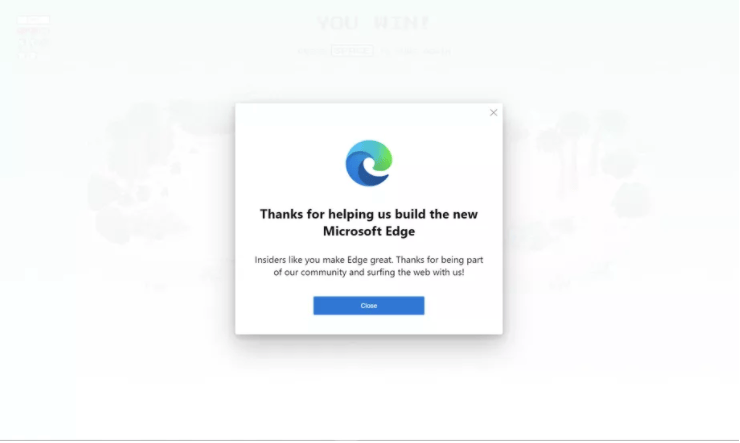 With Microsoft’s annual Ignite conference coming up next week, you can expect the company to explain more about this new icon then. The software giant could perhaps officially launch the Chromium-based browser then, as download links for the stable version recently appeared online.