The Windows team released a late-day update to its Windows Map application for Fast Ring Insiders on both PCs and mobile that bring a long awaited tweak and new functional feature for users.

In today’s update to Windows Maps, Insiders get an early look at what will presumably make it into the official release for Maps that includes a new Traffic Hub feature and the addition of system default dark theme.

According to a changelog posted by Redditor and Microsoft employee Dave MSFT, Fast Ring users can look forward to:

Over the past two years, Windows 10 users have slowly been welcoming the addition of Dark Theme or System default dark themes choices to more apps, helping to round out the polish of the overall operating system.

With the recent redesign to Maps, users were only given a utilitarian stark color scheme as the Windows team rushed to add back or create new feature sets for the service and apps. With the addition of the Dark Theme, perhaps the Windows team is preparing its app for an AMOLED future where its on-screen presence is minimally felt on the battery life of upcoming devices.

Perhaps, even bigger news than the addition of Dark theme is the new Traffic Hub feature that enables users to tap into traffic cameras and highway alert systems to measure the traffic on regularly accessed routes by users. Now, users can receive a more detail report of traffic to frequently traveled places such as home, gym’s, work and more.

All of this is live for Fast Ring Insiders on both mobile and PCs, head over to the Windows Store to grab the update for your most used device. 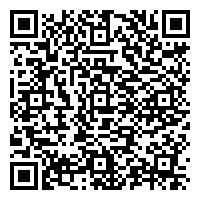