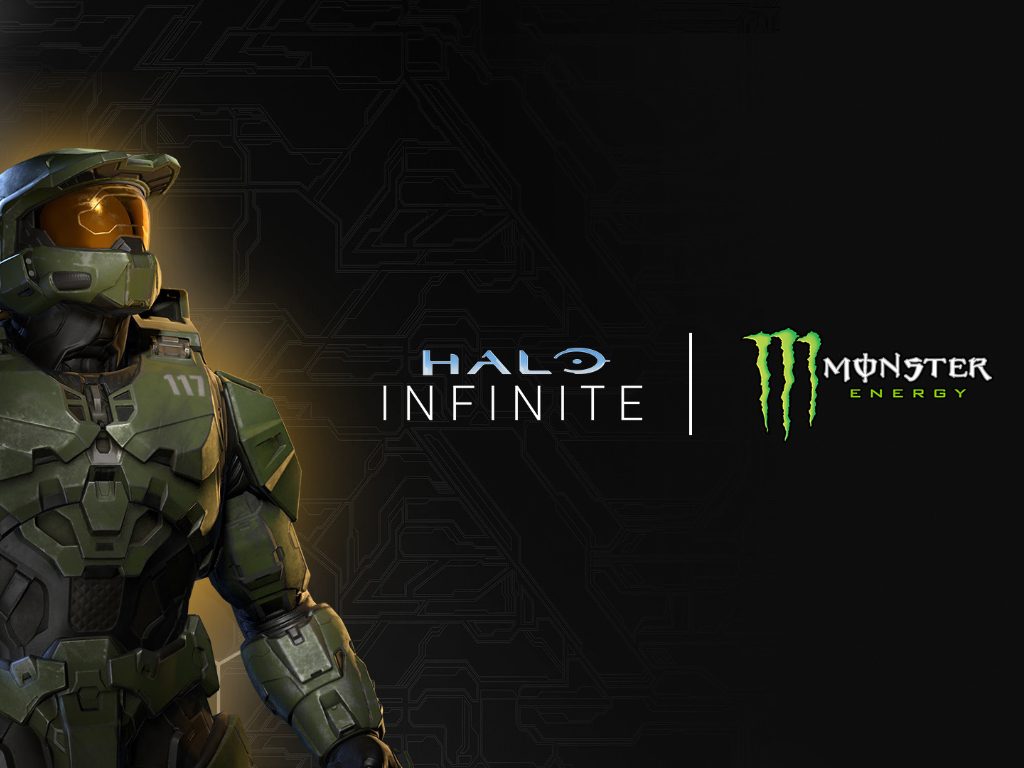 Even though Halo Infinite has now been delayed to 2021, Microsoft has just announced a global partnership with Monster Energy to promote the launch of the upcoming shooter. The alliance was no big secret as limited-edition Monster Energy Halo Infinite cans had already appeared on some store shelves, and the new 2021 release date for Halo Infinite apparently won’t prevent the two companies to offer Halo fans some promotional content ahead of the game’s release.

"Partnerships like this don’t happen overnight, and this one has been in the works for a long time,” wrote Michael Wolf, Marketing Lead for Halo Infinite. "While Halo Infinite has been delayed to 2021, we are excited to share that our partnership with Monster Energy will bring together our iconic global brands across the US, Canada, Mexico, and Europe to celebrate the launch of Halo Infinite in 2021, and even offers a sneak peek at some exclusive new Halo Infinite multiplayer items.”

Starting tomorrow through December 31, 2020, US consumers who purchase the limited-edition Monster Energy Halo Infinite cans will be able to get 30-minute Double XP Boosts per can for use in multiplayer, with a limit of up to 60 hours of Double XP boosts. To get the 2XP boost, consumers will have to upload their receipt to Monster-Halo.com, which will also grant them an entry into the Grand Prize Sweepstakes. 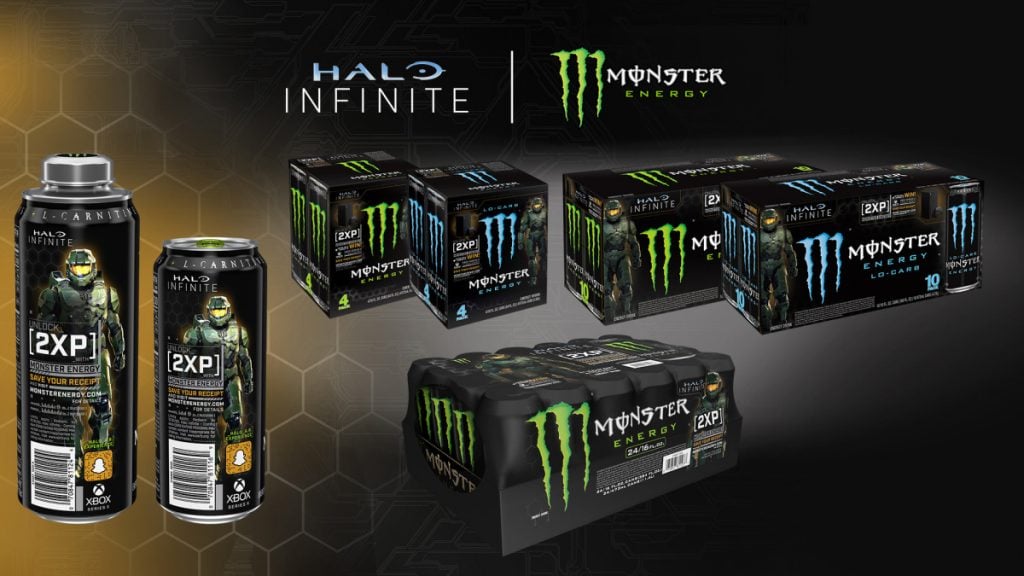 "Each receipt uploaded will also be entered to win ultimate grand prizes – ten lucky entrants will win a trip of a lifetime for two to experience an out of this world Zero-Gravity Flight experience in Paris, France with all-inclusive flights and hotel stay plus $1,000 cash. Two hundred winners will also receive the brand-new Xbox Series X console, launching November 2020," explained Wolf.

Each can will also come with a Snapcode for unlocking Monster Energy’s exclusive Snapchat filters that will change every month through December. Users who scan all 3 Snapchat codes each month will unlock an exclusive in-game weapon coating. However, select US retailers including Walmart and Meijer will provide other ways to unlock these exclusive in-game items, which also include special weapon emblems. 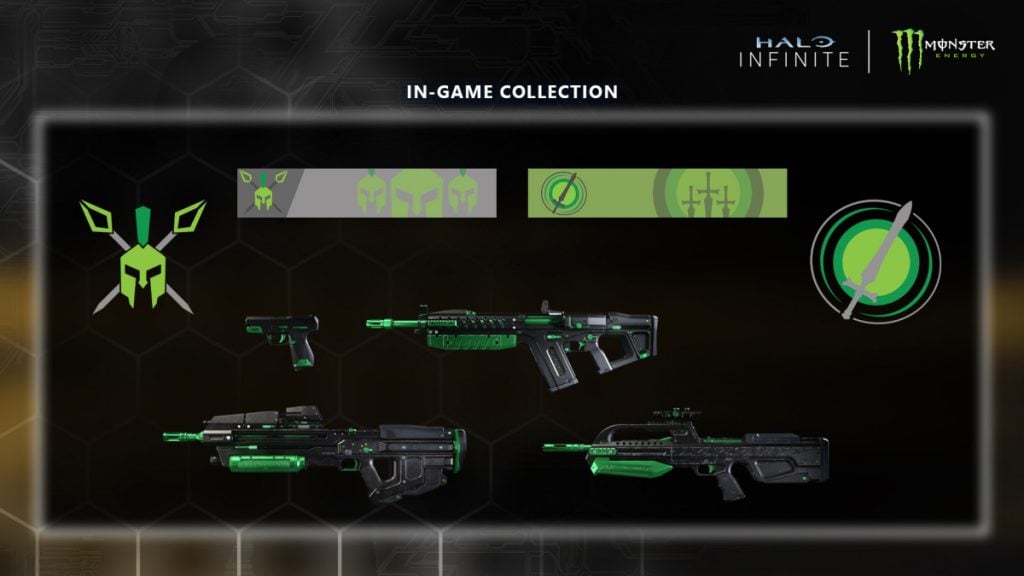 The Halo Infinite x Monster Energy collaboration will also kick off in Canada tomorrow, on September 10 in Mexico, and on October 1 in over 30 European countries. We invite you to check out the full Xbox Wire post for more details about partnerships with local retails.

"This isn’t the only program you’ll see coming up during the holidays," Wolf said today, adding that "the Halo Infinite experience is just getting started." It's clear that Microsoft has been getting ready to kick off a big marketing push for what was expected to be a launch title for the Xbox Series X, and it was probably too late to cancel everything after the game's release was delayed to 2021.

We still don't know if Halo: Infinite could ship in the spring rather than the fall of next year, though with 343 Industries recently recruiting two Halo veterans as well as a third-party studio to work on the game, it looks like the game could require more work than expected. Halo remains Xbox's flagship franchise, so Microsoft is right to take its time to make sure not to disappoint hardcore Halo fans.

OneDrive for Business is getting search improvements next month