Halo Infinite is the next chapter of the iconic Halo series. It was scheduled to launch as the flagship game for the Xbox Series X, but due to delays related to COVID-19, Microsoft has postponed its launch until 2021.
The game was first announced at E3 2019. In July 2020, Microsoft showed off gameplay (running on a PC, it turns out) that largely disappointed fans, who were expecting next-gen graphics that the demo didn't deliver. 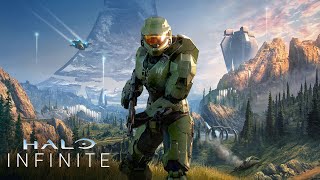 Even though Halo Infinite has now been delayed to 2021, Microsoft has just announced a global partnership with Monster Energy to promote the launch of the upcoming shooter. The alliance was no big secret as limited-edition Monster Energy Halo Infinite cans had already appeared on some store shelves,

Stay tuned to OnMSFT for all the lastest Xbox Series X and Halo news!

With Halo: Infinite being delayed, Microsoft’s Xbox Series X is now in a tough spot

Halo: Infinite has been delayed to 2021

[Updated] Halo: Infinite’s multiplayer may be free-to-play and support up to 120 FPS on Xbox Series X

[Updated] Rumor: Halo Infinite, a “work in progress,” may ship without its multiplayer mode

With Sony out, Microsoft still plans to “go big” with Xbox news at E3

343 Industries’ Bonnie Ross to become a Hall of Famer