A couple of days ago, Microsoft Teams announced that they would be adding third party cloud storage 'soon'. As of yesterday's update, the team collaboration software now has four more alternatives to using the default SharePoint/OneDrive setup.

Dropbox, Box, Google Drive, and ShareFile integrations have all joined Microsoft Teams. Now workplaces that use one of these options are able to add the cloud storage folders easily to Teams where users with permissions can view, edit, and save in one convenient location. 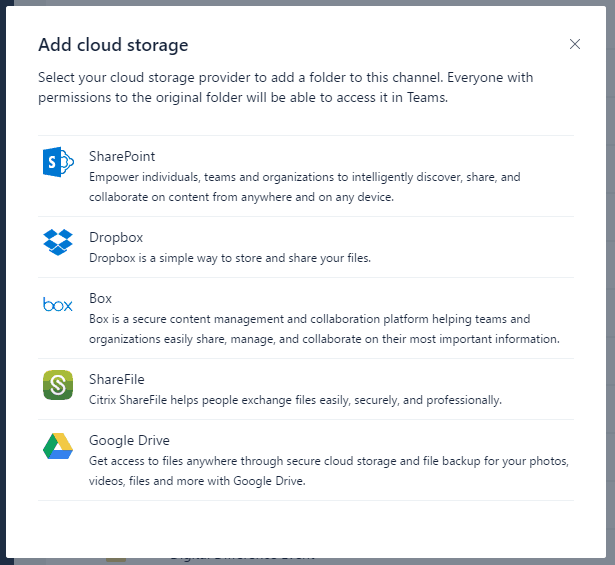 While Google Drive and Dropbox are more commonly known, Box and ShareFile are a bit less so. Box itself just recently added its desktop support with Box Sync adding Teams integration just two weeks later. ShareFile is more focused towards business and client interactions, making it a perfect addition to the Team's cloud storage options.

It's possible we'll see more options added as Microsoft develops Teams further. The software continues to get regular updates for features, improvements, and fixes thanks to community feedback through the Feedback Hub. Even if their release notes page is just a little behind.

How to enable the full screen Start Menu in Windows 10