Microsoft takes Store shopping cart feature offline, says it will return in the next few weeks 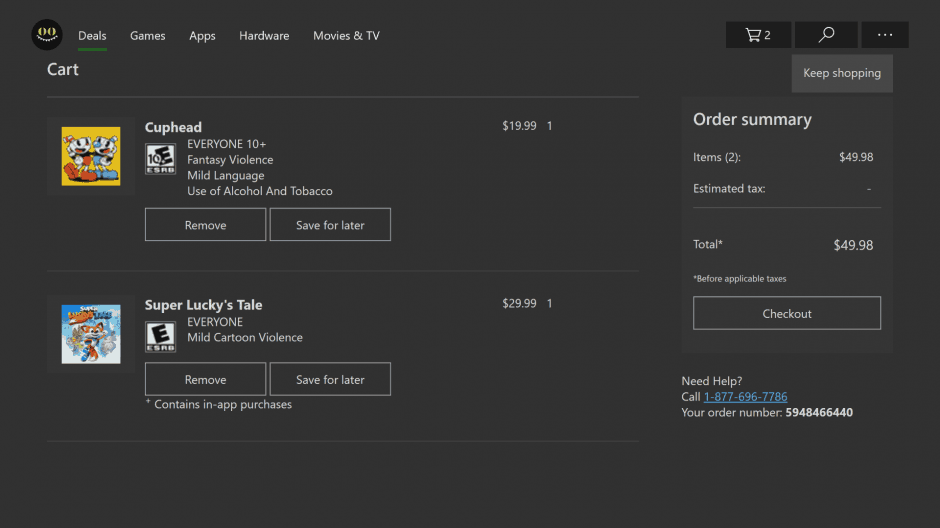 About three days ago, Microsoft started testing a shopping cart feature for the Xbox Store with select Insiders. And with the store being universal across all of Microsoft’s platforms, the shopping cart even showed up on Windows 10. Well, Microsoft’s Brad Rossetti just announced today that the feature is now going offline, and will return in the next few weeks.

Though the feature went down quickly, Rossetti notes that it is being taken down for “fixes and improvements” sent in by Xbox Insiders. That’s actually all for the good, as even we had noted that the cart’s “Save for later” feature on Windows 10 didn’t show up on all store listings.

At any rate, we’re looking forward to the next instance of the shopping cart feature. You may recall that Microsoft also recently removed Sets on Windows 10, so this isn’t the first time an under development feature was pulled early. Anyway, Xbox Insiders are known to give good feedback, and Microsoft’s decision to pull the shopping cart feature only helps ensure a quality experience for everyone once it rolls out to the general public.