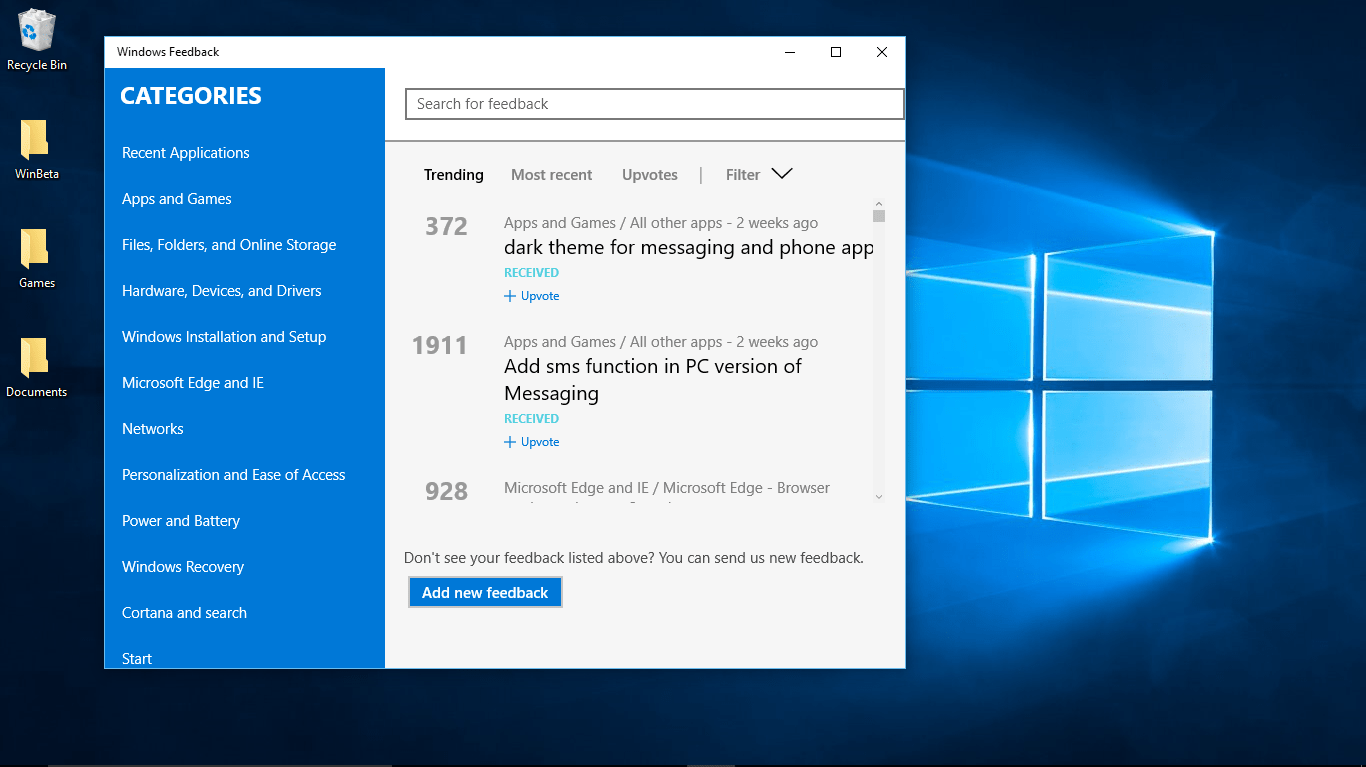 Up until now, a great place to give feedback to Microsoft has been through the Windows and Windows Phone UserVoice site. These sites have given Windows 10 and Windows 10 Mobile (and Windows Phone) users a place where they can hand feedback over to Microsoft engineers effectively, and has been a platform that's continuously improving around the wants and needs of the people who use it. Both Windows and Windows Phone on UserVoice are, however, being shut down.
Microsoft announced that, starting from October 30th, they are in the process of ramping down the UserVoice site. Windows 10 and Windows 10 Mobile for UserVoice will continue being functional until November 16th, but after that point it will no longer be accessible. This may be somewhat alarming to those who frequently utilized the website, but fear not: UserVoice is being replaced by something that, hopefully, will be even more effective at bringing feedback to Microsoft's attention.
Now, instead of keeping feedback in a website separate from Windows 10 itself, feedback is all going to be coming from a client built right into the operating system. All feedback should now be directed through the Feedback app on Windows 10 and Windows 10 Mobile, which should be on your Windows 10 device right now, accessible by typing "Windows Feedback" into your Cortana search bar.
With Windows 10 Feedback now doing work as the primary medium through which our feedback is delivered, Microsoft hopes that they will have even more ways to refine Windows 10 and Windows 10 Mobile in the future. Windows 10 Feedback gives Microsoft engineers access to "the complete set of raw feedback" and, according to the post on UserVoice, "not only makes it easy for the engineers to find user feedback, but also makes it easy for them to act on it."
Hopefully Microsoft is right about Windows 10 Feedback being a more effective tool with which users can interact with Microsoft directly - since it's directly built into the operating system, it certainly seems to be a more useful system than UserVoice presented before it.

Use these Surface Book keyboard shortcuts to adjust brightness