According to a comprehensive blog post from Thomas Bidaux, Gamescom has not been getting a whole lot of attention from the media. Apparently, the event has been getting declining coverage across the board from media outlets internationally, and even some big news from Microsoft this year couldn't salvage it in a big way. 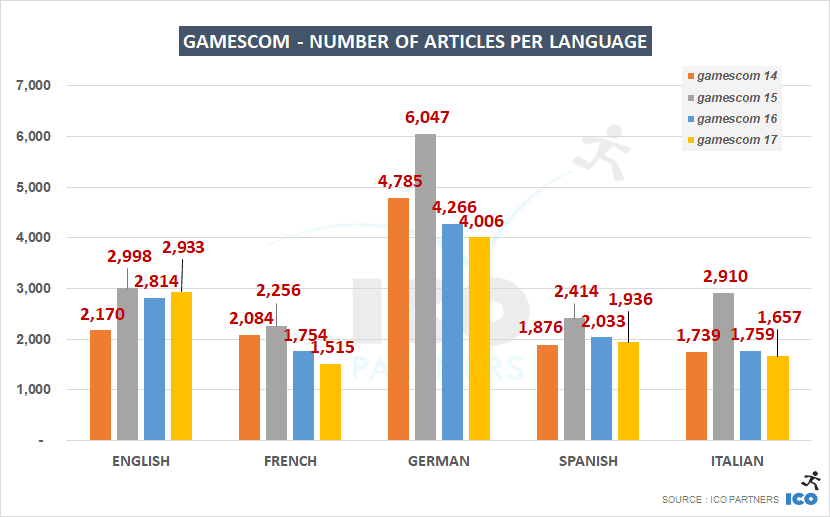 The numbers consistently show a drop in media attention, with a considerable peak at gamescom 2015. It's important to note that these numbers are taking into account the coverage of Microsoft's independent event prior to gamescom, so they likely aren't missing too much relevant data.

This shouldn't be that surprising. Gamescom has been used less every year as a major platform for announcements, and has gravitated more towards a role as a celebration of current titles. Some companies, like Blizzard, have become exceptions to the rule - announcing the Legion expansion to WoW last year, and some new Overwatch content this year - but the event remains mostly stale for viewers expecting big announcements.

It's important to note that, while the coverage was comparatively weak this year, it wasn't necessarily bad in a vacuum. As gamescom continues to tilt downwards in terms of public attention, it manages to hold a respectable enough audience. If companies can begin to take advantage of the platform to make more significant announcements, it can absolutely be salvaged.

Call of Duty: WWII Private Multiplayer Beta is now live a day early on Xbox One